Connect me with Jose Rodriguez Jr 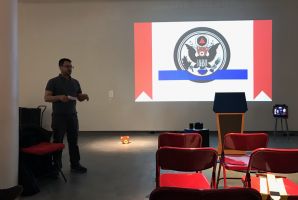 This Land is My Land 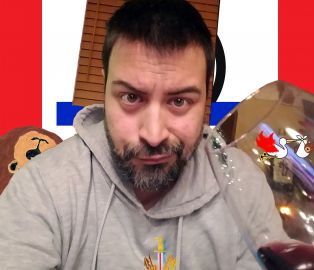 Art has the potential to challenge, subvert and reimagine dominance. By extension, queer art has an especially radical disposition to jolt and shake convention. Understanding the hetero/homo binary as categories of dominance rather than social constructions, my work aims to decentralize the leading discourse about sex and sexuality, invalidating antiquated politics of heteronormativity. As such, my practice has evolved in many ways as a reaction to the artificiality of our current ideological quagmire, amounting to an outright refusal to negotiate alternate realities within pre-existing frameworks. Instead the aim is to create a theater of opposition to the hegemony of gender norms through art and audience that is both confrontational and inviting.

Jose Rodriguez Jr is an emerging studio artist, finishing up his MFA in studio art from Maine College of Art. At 36 years old, he currently resides in Maine with his partner and dogs. He was born and raised in North Bergen, New Jersey, where he attended Catholic elementary and high school before college. After earning his BA in Multimedia Design from California State University in Northridge, Jose worked as a freelance graphic designer for a few years, designing for nonprofits in NJ and LA such as Garden State Equality, NOH8 Campaign and The Los Angeles LGBT Center.