Connect me with Matthew Fritze 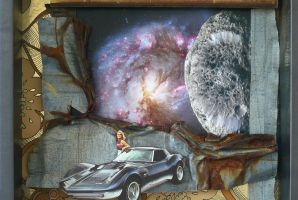 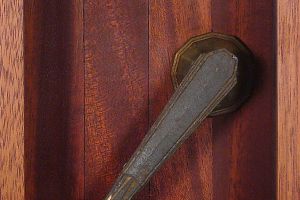 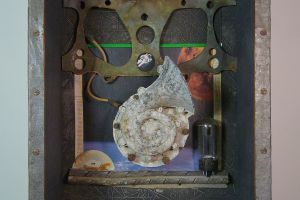 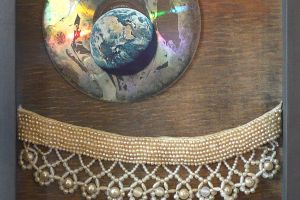 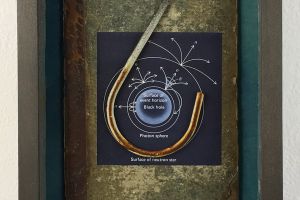 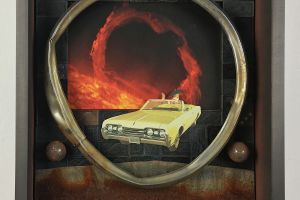 Girls and Cars: Through the Dragon Wall 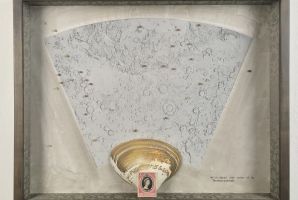 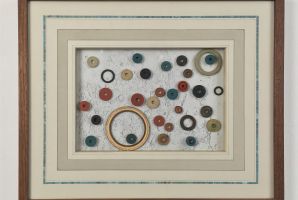 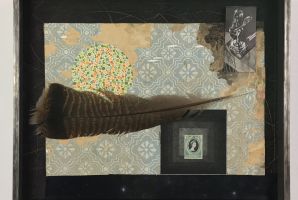 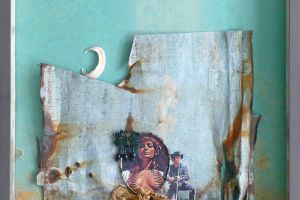 Nuestra SeÃ±ora de la Guardia (Our Lady of the Watch) 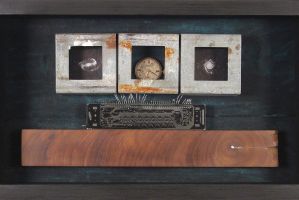 For me, found objects contain latent potential to transform from trash into sublime things. The act of assembling these pieces is similar to writing poetry: the end result exists in a liminal zone of the delicate, unexpected and playful. I am excited by the process of narrowing down the infinite permutations of these objects to a new arrangement that's as surprising to me as it is to the viewer.

Matthew Fritze creates assemblages in surprising amalgams of found materials assembled in hand made frames. His work draws inspiration from sources such as particle physics, space exploration and his own poetry. Utilizing his many years of experience as a picture framer, he assembles each piece with care and a consideration for longevity. Matthew was born in Union, New Jersey and moved to the outskirts of Richmond, Maine at the age of eight, where the change in environment from suburban to rural fostered a lifelong love of the natural world. He graduated from Maine College of Art in 1994 with a BFA in Printmaking. Shortly thereafter he continued his work at Peregrine Press, a fine art printmaking cooperative in Portland. Several prints were acquired by private collectors and institutions through shows at Greenhut Gallery, Bates College and The Center for Maine Contemporary Art, where he was included in “The Maine Print Project, Maine Printmakers 1980-2005”. After moving to Brooklyn, New York in 2000, Matthew’s creative focus shifted primarily to assemblage and poetry. In 2008 he was selected to participate in the “Center for the Book Arts Letterpress Printing Seminar for Emerging Writers”. In 2009 he was a participant in the “Archetime Cross-Disciplinary Conference on Time” where he read his own work, some of which was published in the book "Infinite Instances, Studies and Images of Time". Matthew continues his work as both assemblage artist and poet at his studio and home in Sunset Park, Brooklyn, New York.