Connect me with Ben Moreau 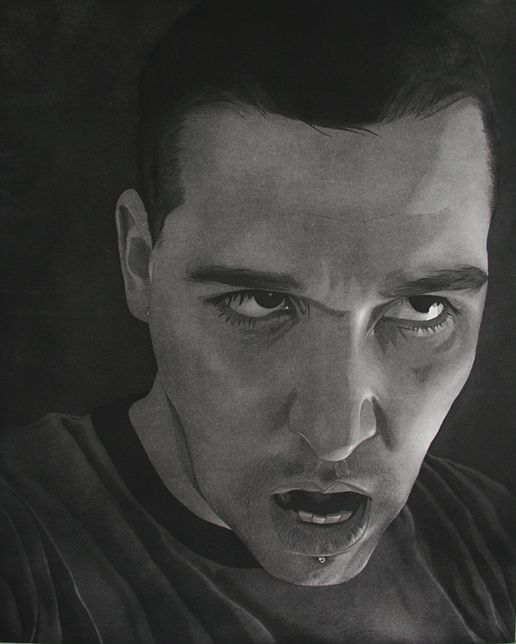 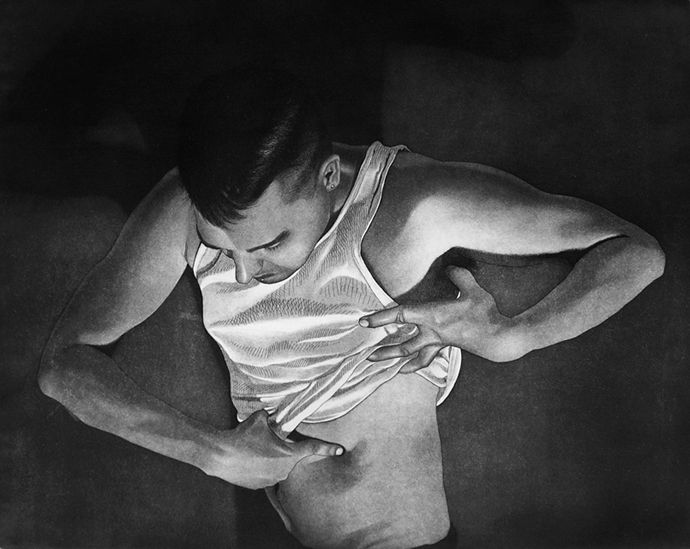 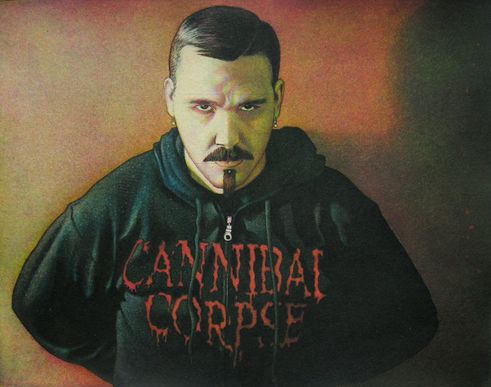 Frame #5 From the Short Film The Evisceration Plague, etching, aquatint, 2012 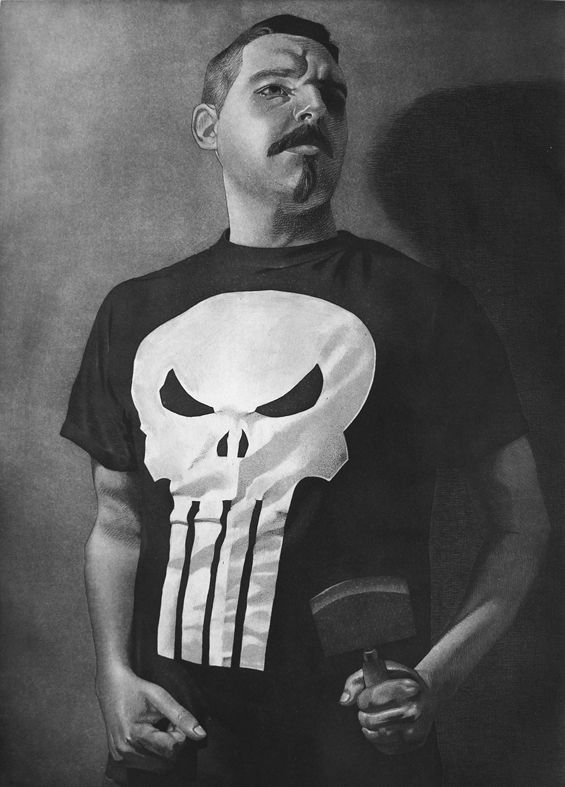 Portrait of A Knight of Printmaking, etching, aquatint, 2012 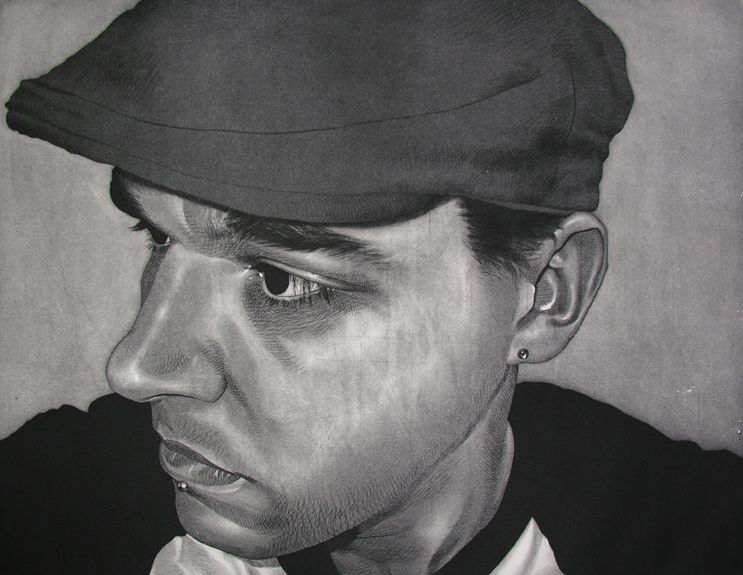 No One Ever Sees What Is Coming, etching, aquatint, 2010 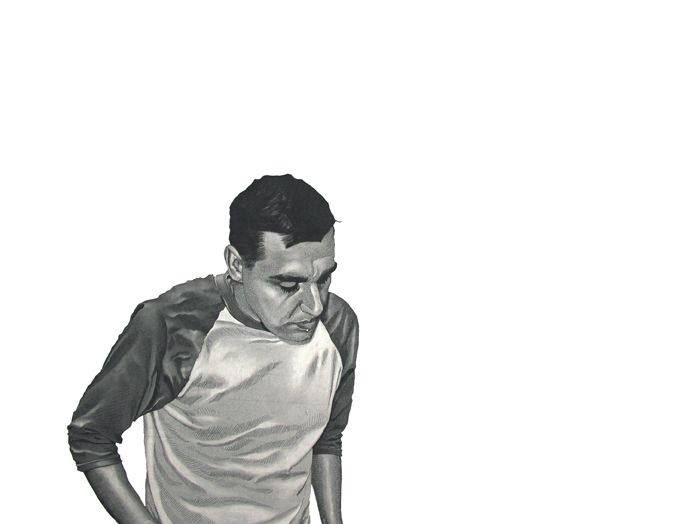 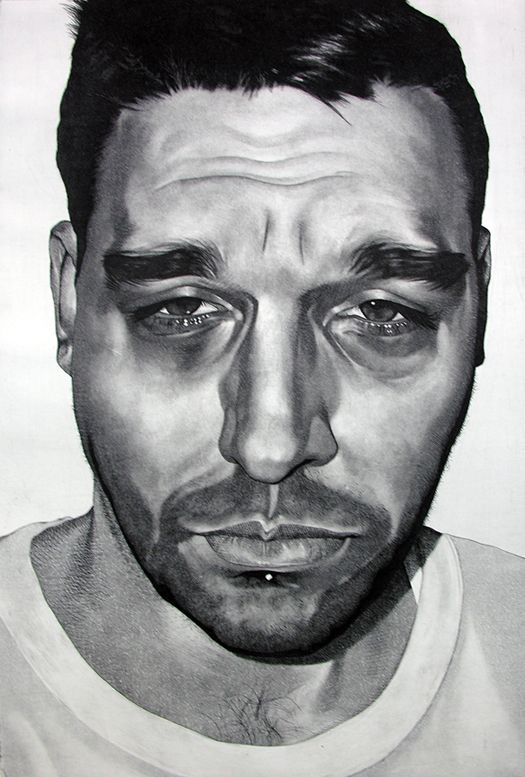 The Rebel Look of Shit and Failure, etching, aquatint, 2010 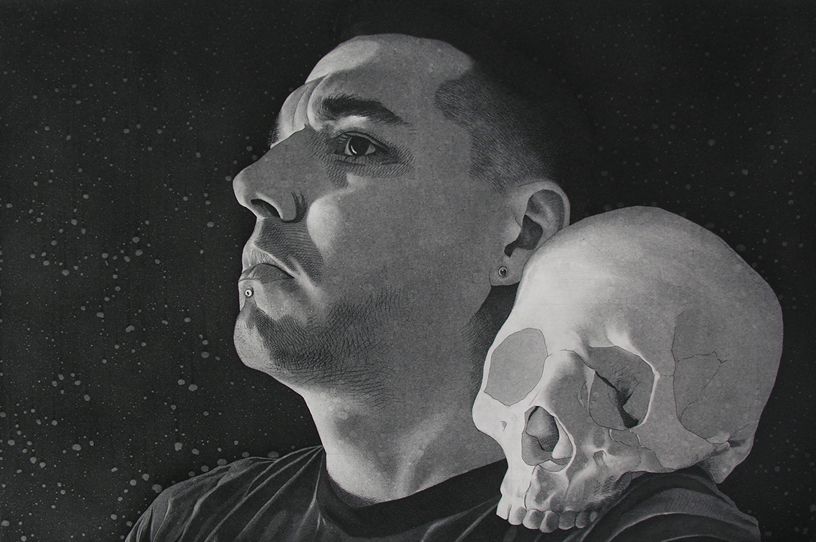 Self Portrait With Skull on Shoulder, etching, aquatint, 2011

For a little over a decade I was primarily concerned with self-portraiture as a vehicle not only for personal reflection, but as an exploration into the human condition.

Television, film, comic books, and heavy metal music are drawn upon as aggregate elements that convey the loneliness of the individual amidst existential dilemmas. With subtle nods to art history, awkward or unusual cropping and compositions are showcased, with an emphasis on a blank, empty space. This allows for an intimate, uncomfortable, and at times confrontational experience with the viewer. Removed from the context of a narrative the images utilize humor and self-deprecation as defense mechanisms to ultimately conceal specific issues of awkwardness, loneliness, insecurity, the fear of failure, and social anxieties and pressures. Role-playing, banality and the mundane, and habits and behaviors operate as forms of escapism. My work acts dually as a form of self-mockery and as the ultimate shield against the fragility of existence. Ultimately, the work is a chronicle of an individual struggle and adaptation to external forces beyond its control. In this respect the self-portrait is symbolic of the daily internal struggles that afflict everyone. Fear and anxiety are projected into the work as I attempt to reconcile my existence with inevitability.

Other Projects by Ben Moreau 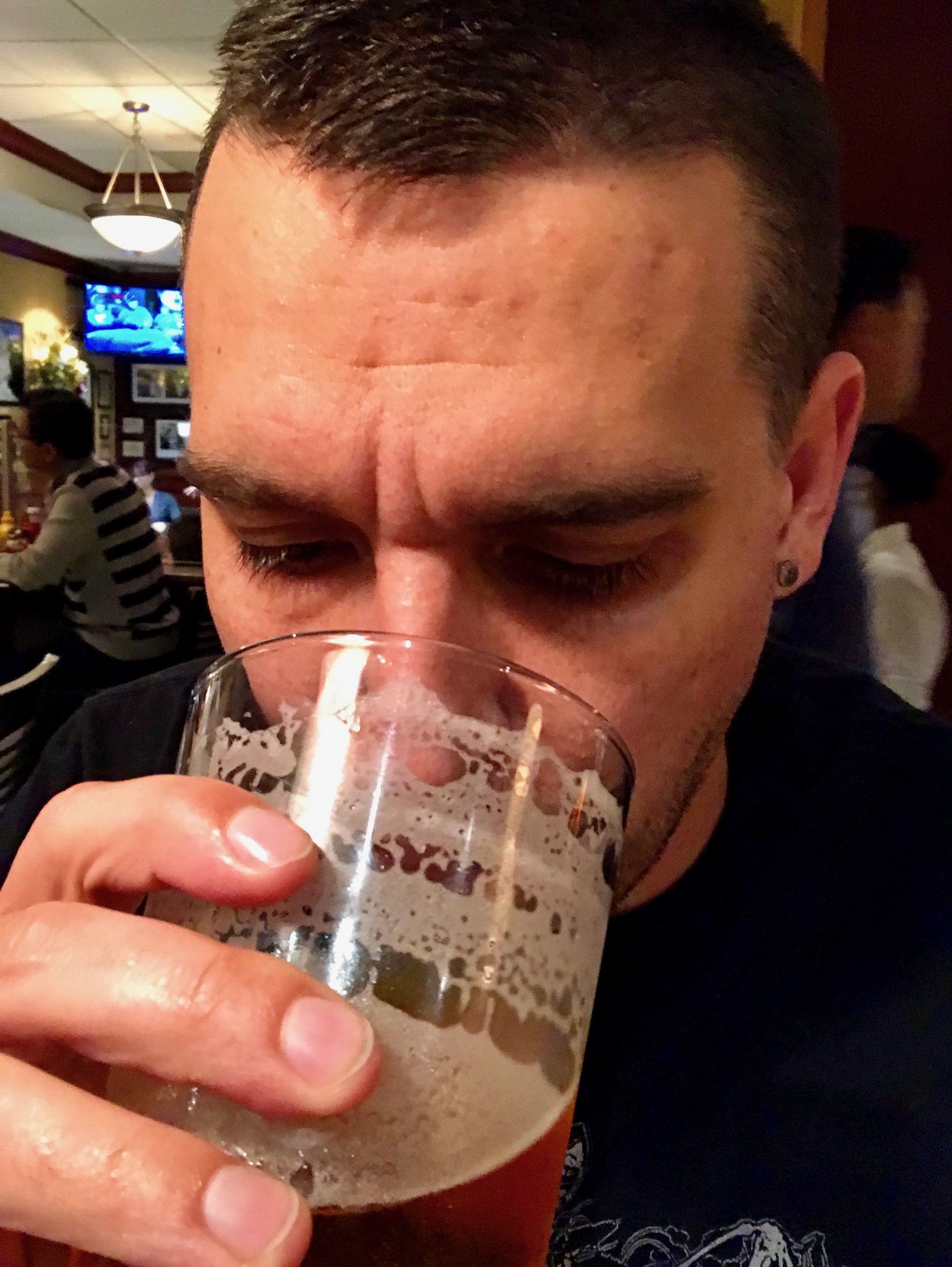