The Pigeon and the Pauper

Connect me with Jennifer Olson 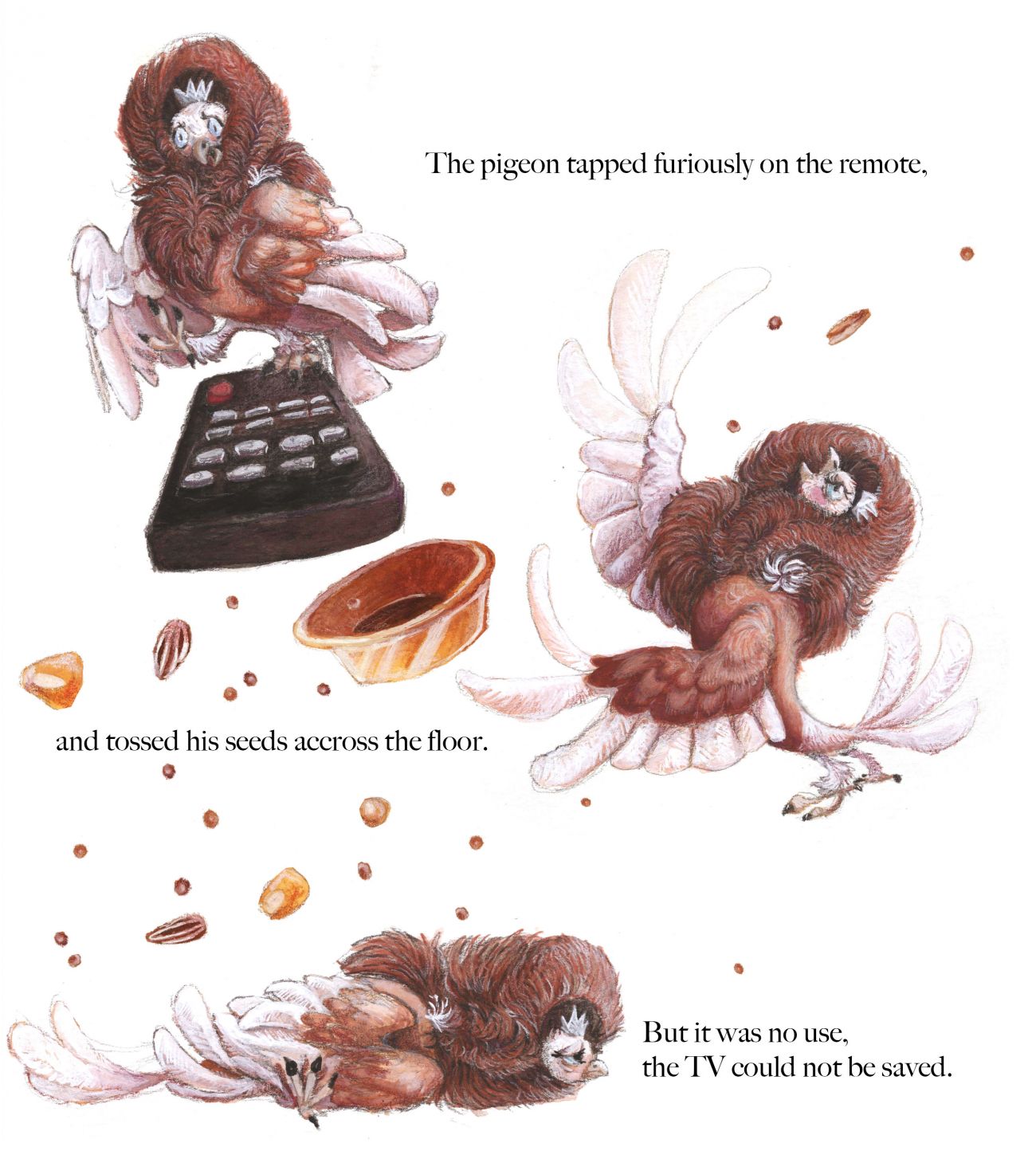 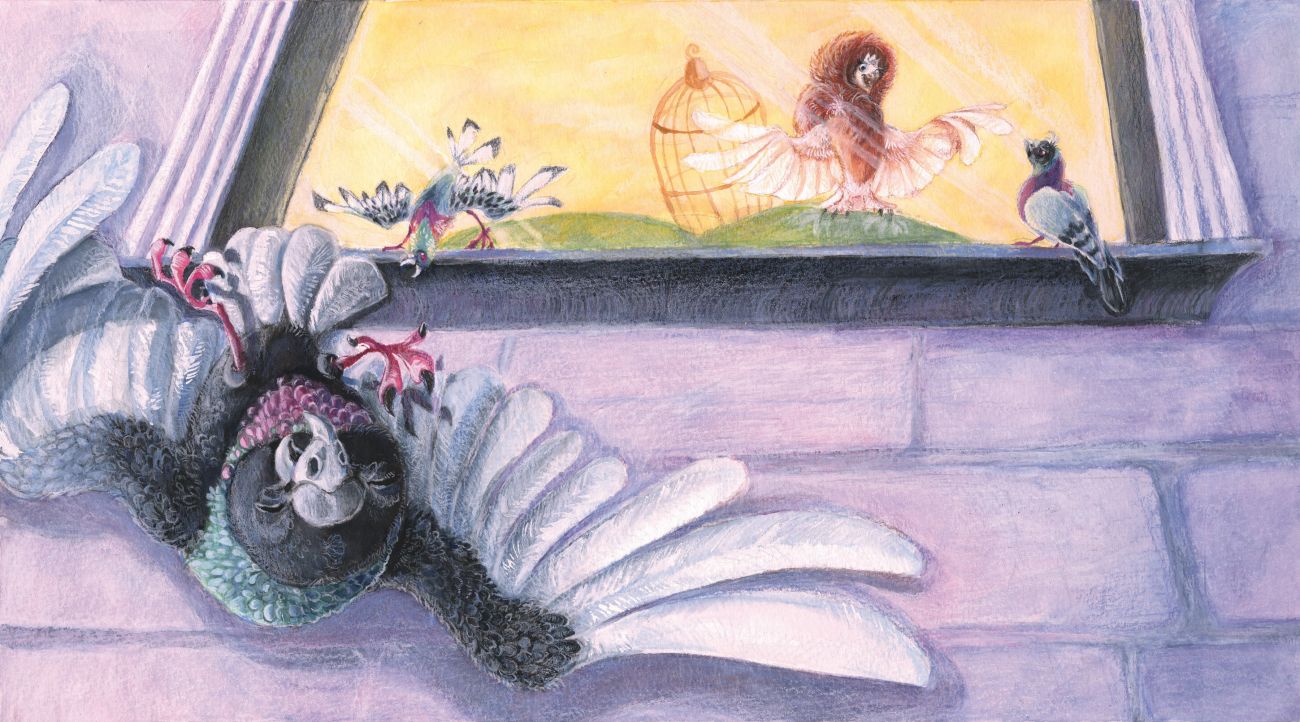 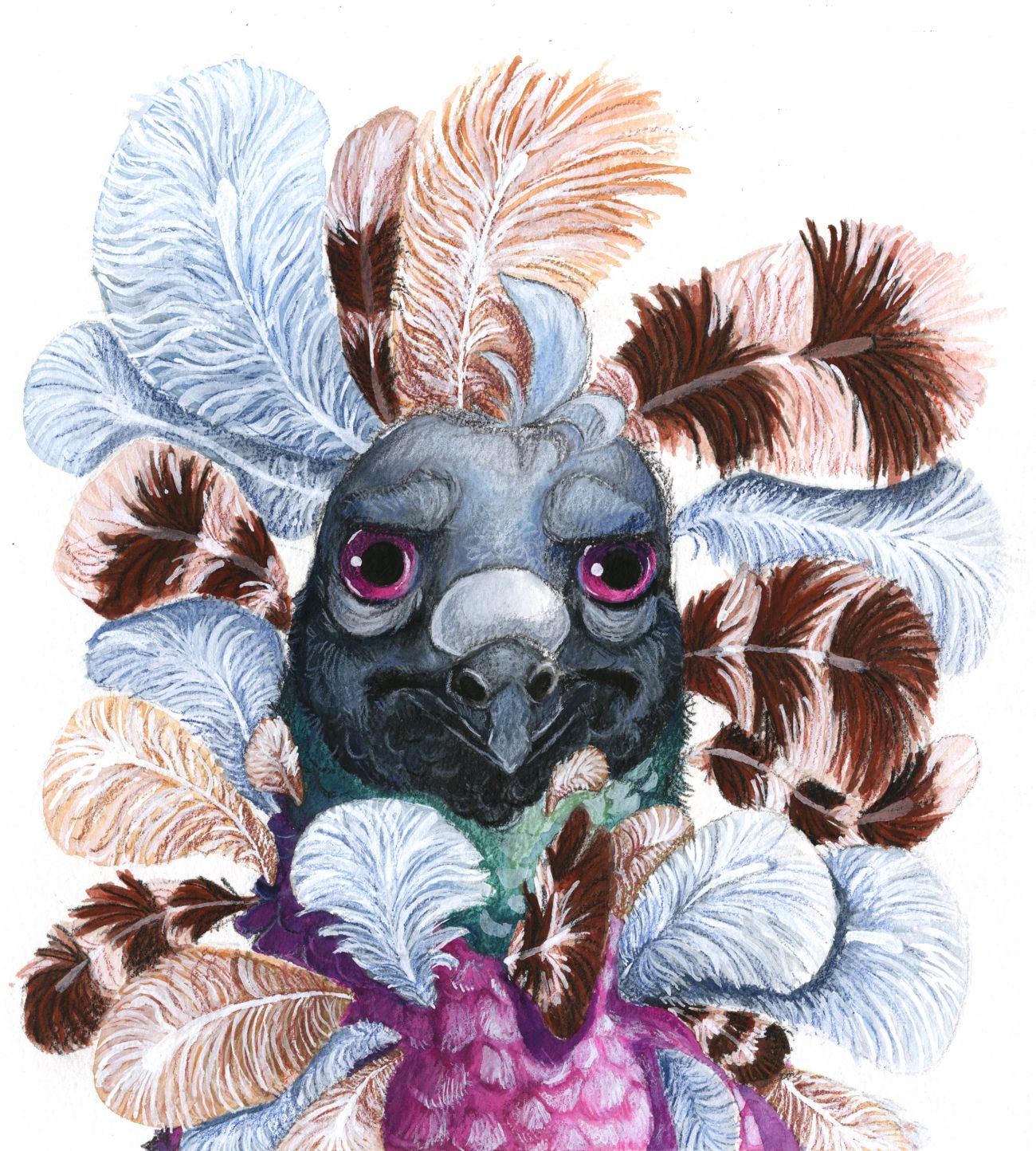 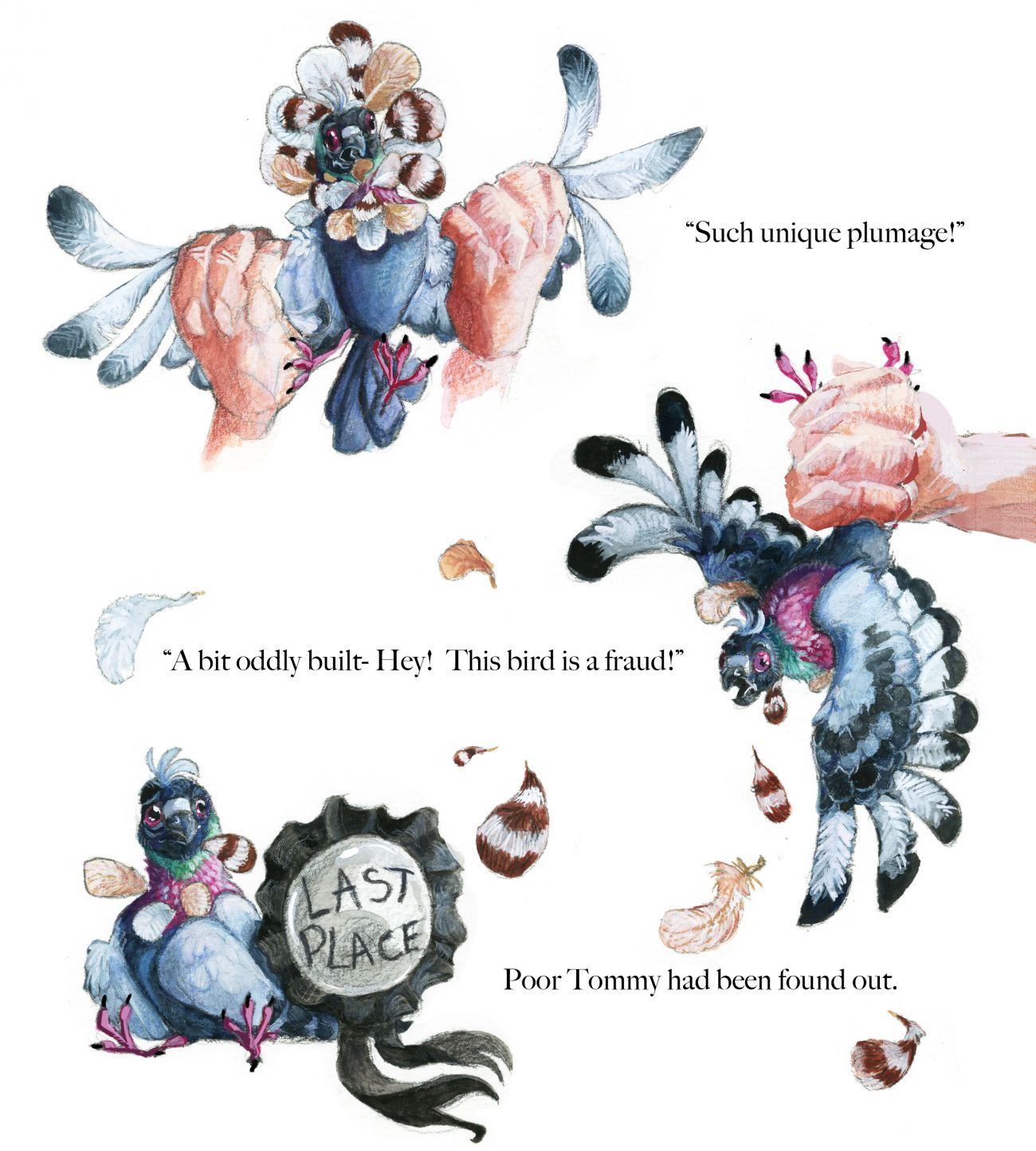 While posing as Edward, Tommy is taken to a pigeon show where his secret is found out 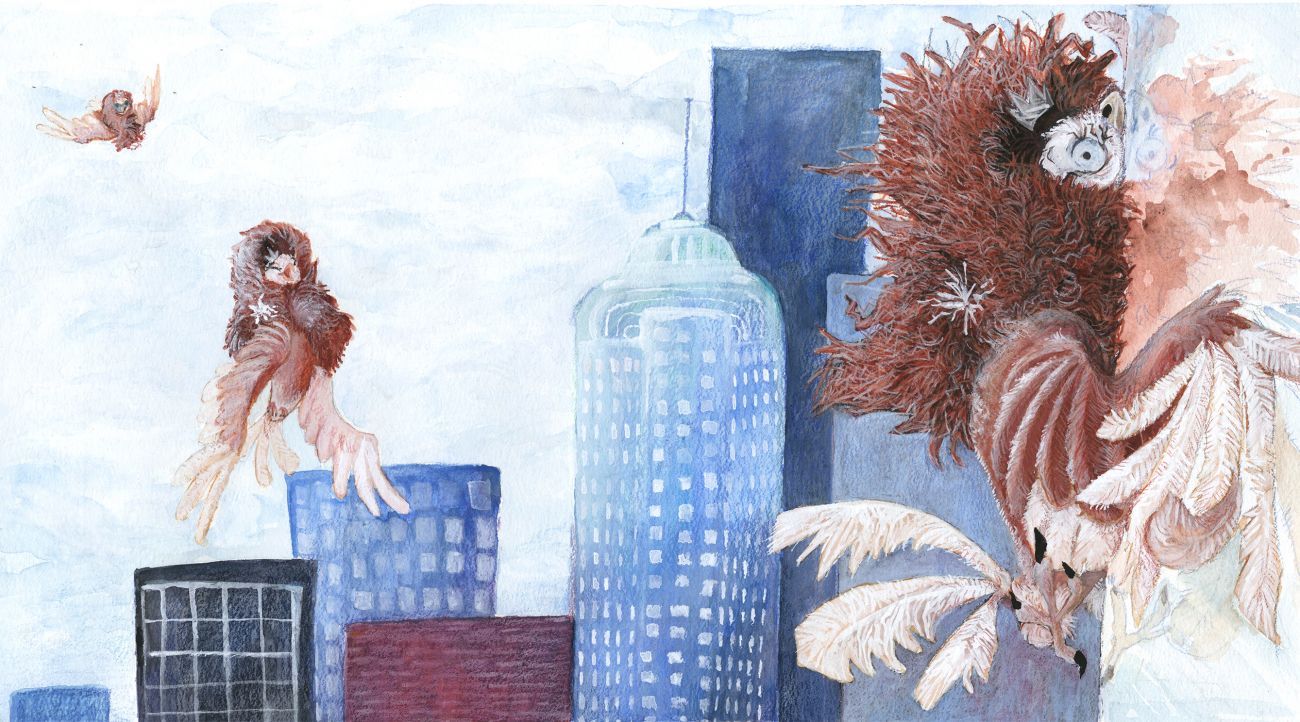 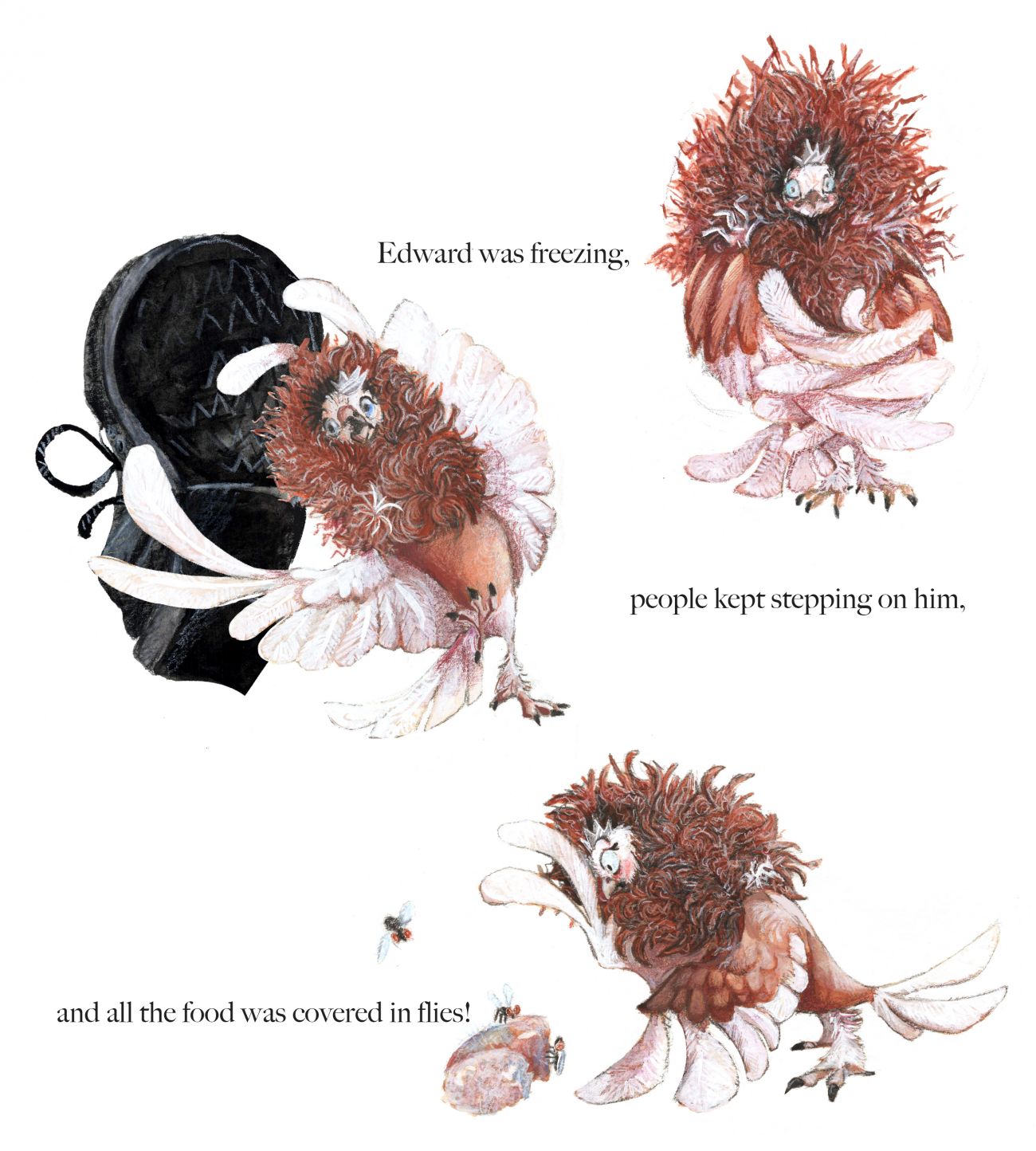 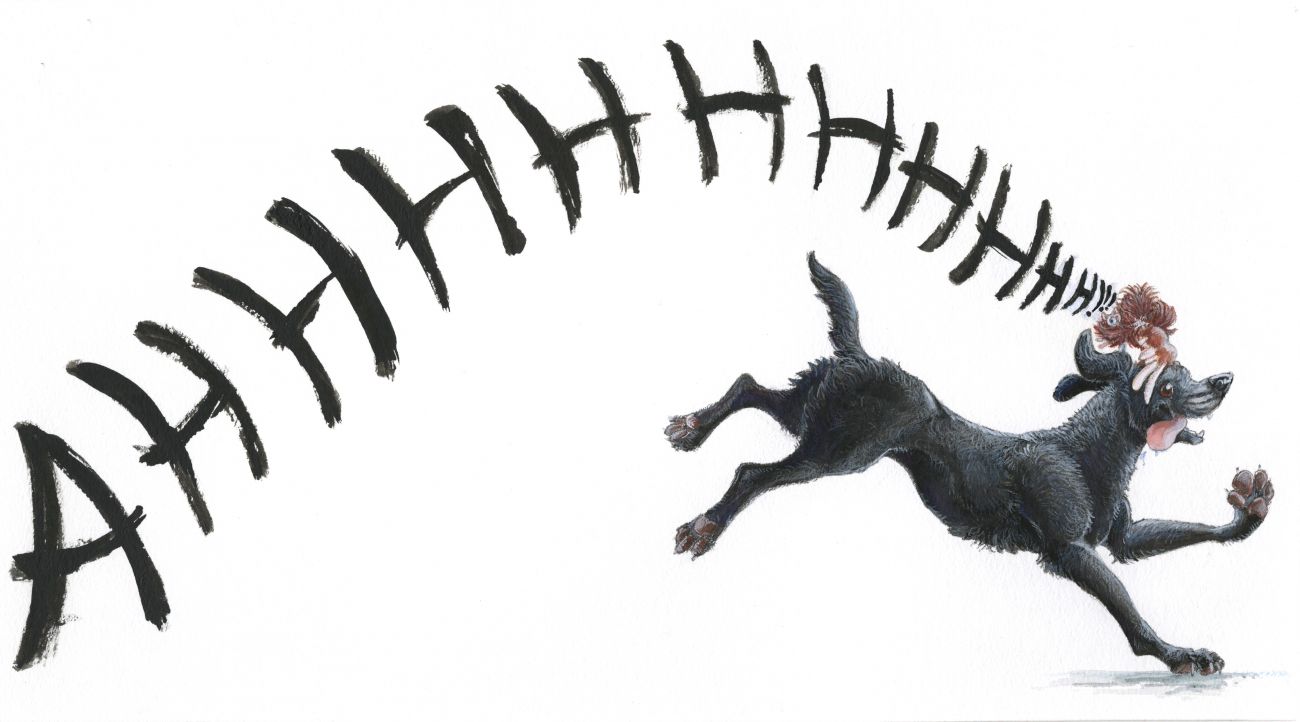 Pigeons have been intertwined with human history for thousands of years as pets, meat animals, show birds, and as messengers capable of flying hundreds of miles in a single day. Today, they are often regarded as little more than feral pests.
I created this story in an effort to combine my love of storytelling and character design with my fascination with pigeons. With this project I hope to to convince people to take a second look at pigeons and see more than just "rats with wings"

The Pigeon and the Pauper is a children's book concept that retells Mark Twain's book The Prince and the Pauper, with the title characters reimagined as two city pigeons.
The story follows Tommy, a feral pigeon; and Prince Edward, a spoiled show jacobin pigeon. The two birds decide to switch places when Edward's TV breaks in the middle of his favorite soap opera. In his desperation to find a new TV, Edward begs Tommy to swap places with him for a day. Chaos ensues as the two pigeons come to realize the others lives aren't as easy as they once thought they were.

Other Projects by Jennifer Olson 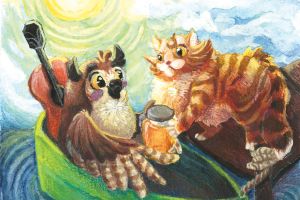 The Owl and the Pussy-Cat Accordion Book 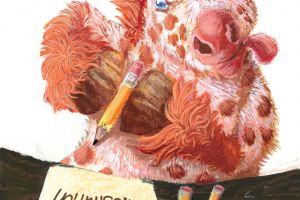 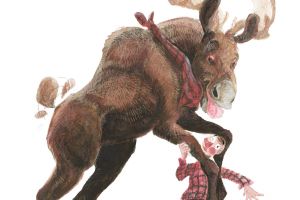 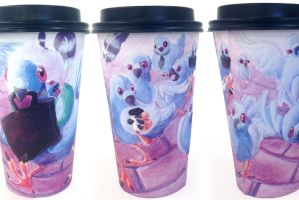