Connect me with Gunnar B Johnson 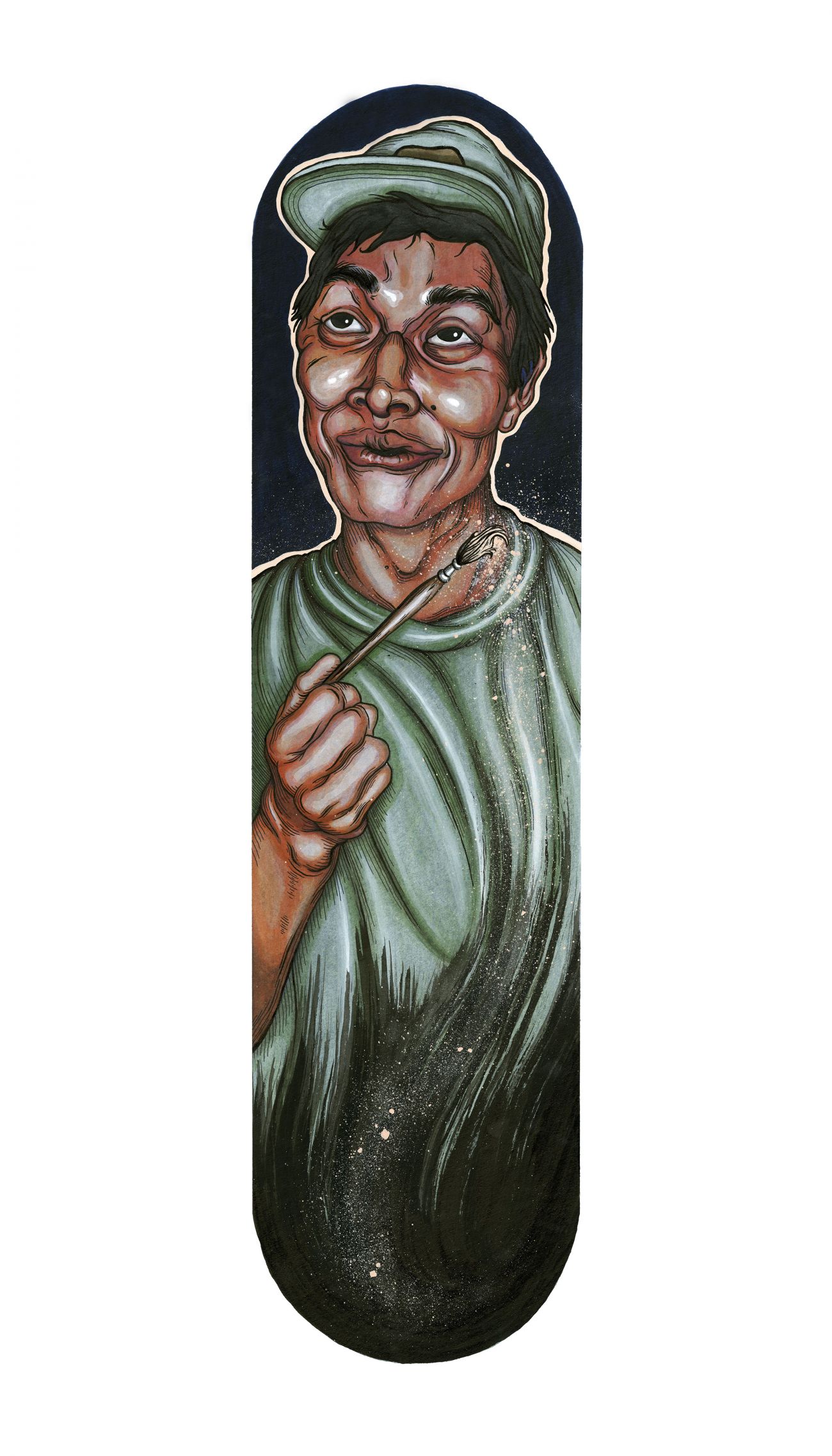 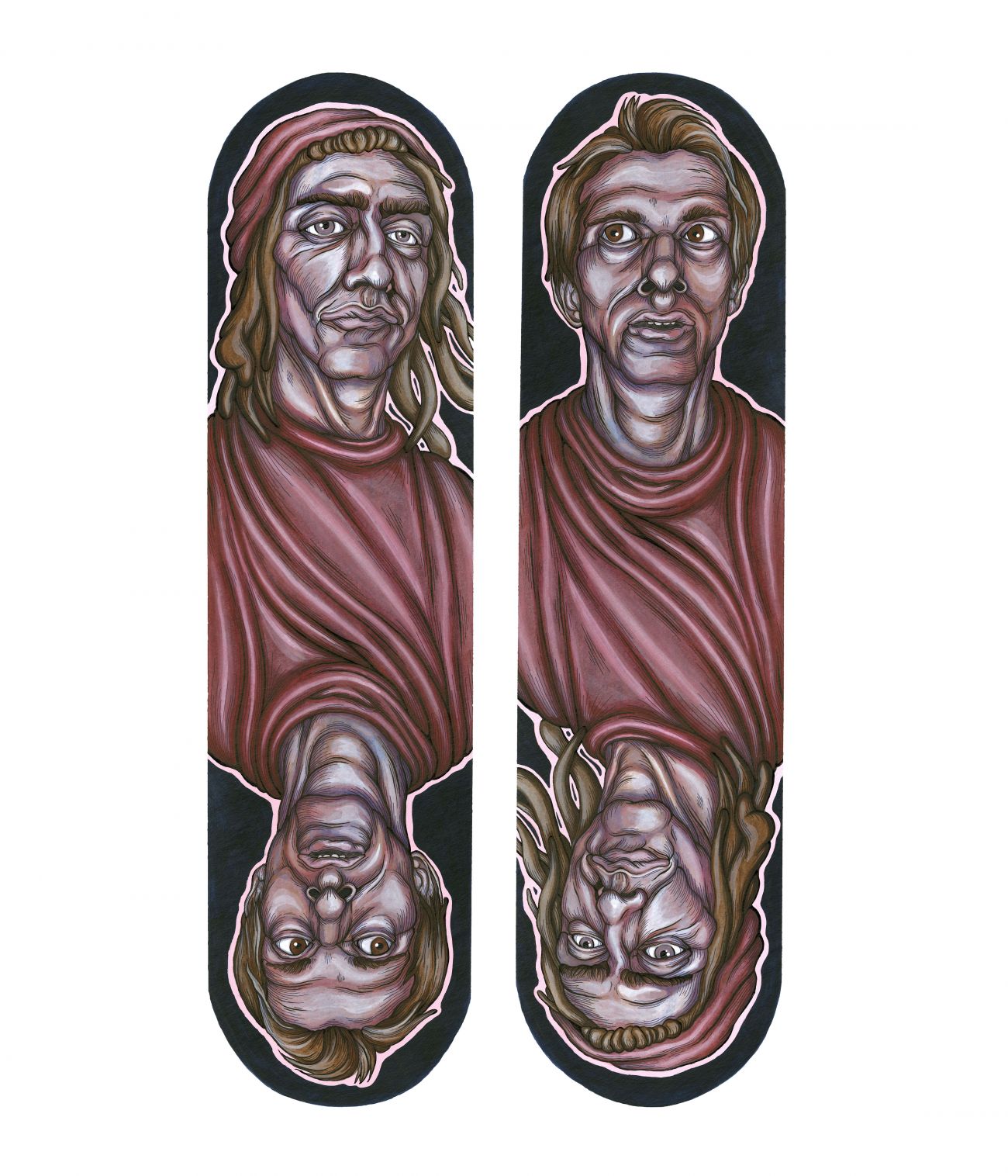 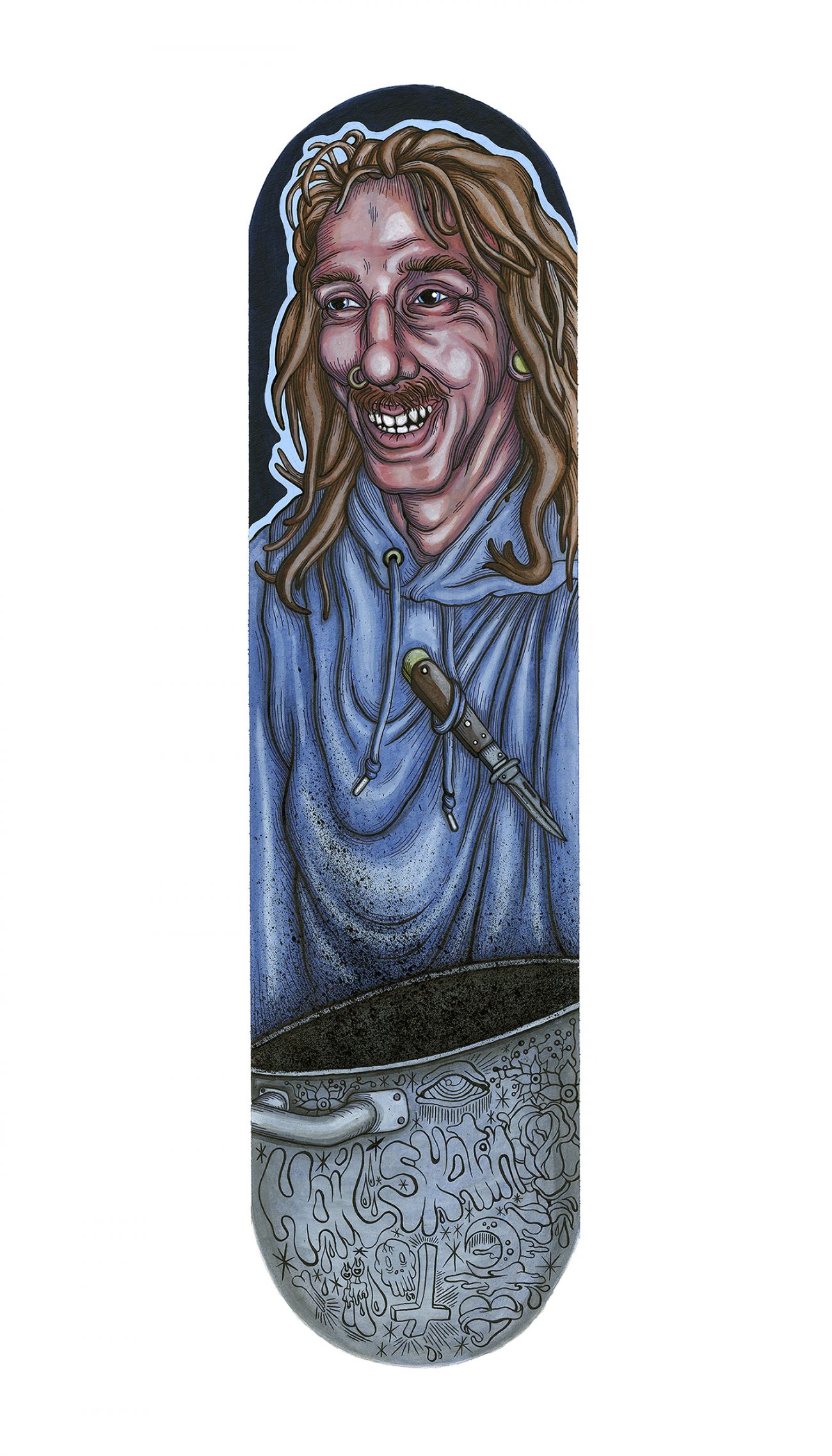 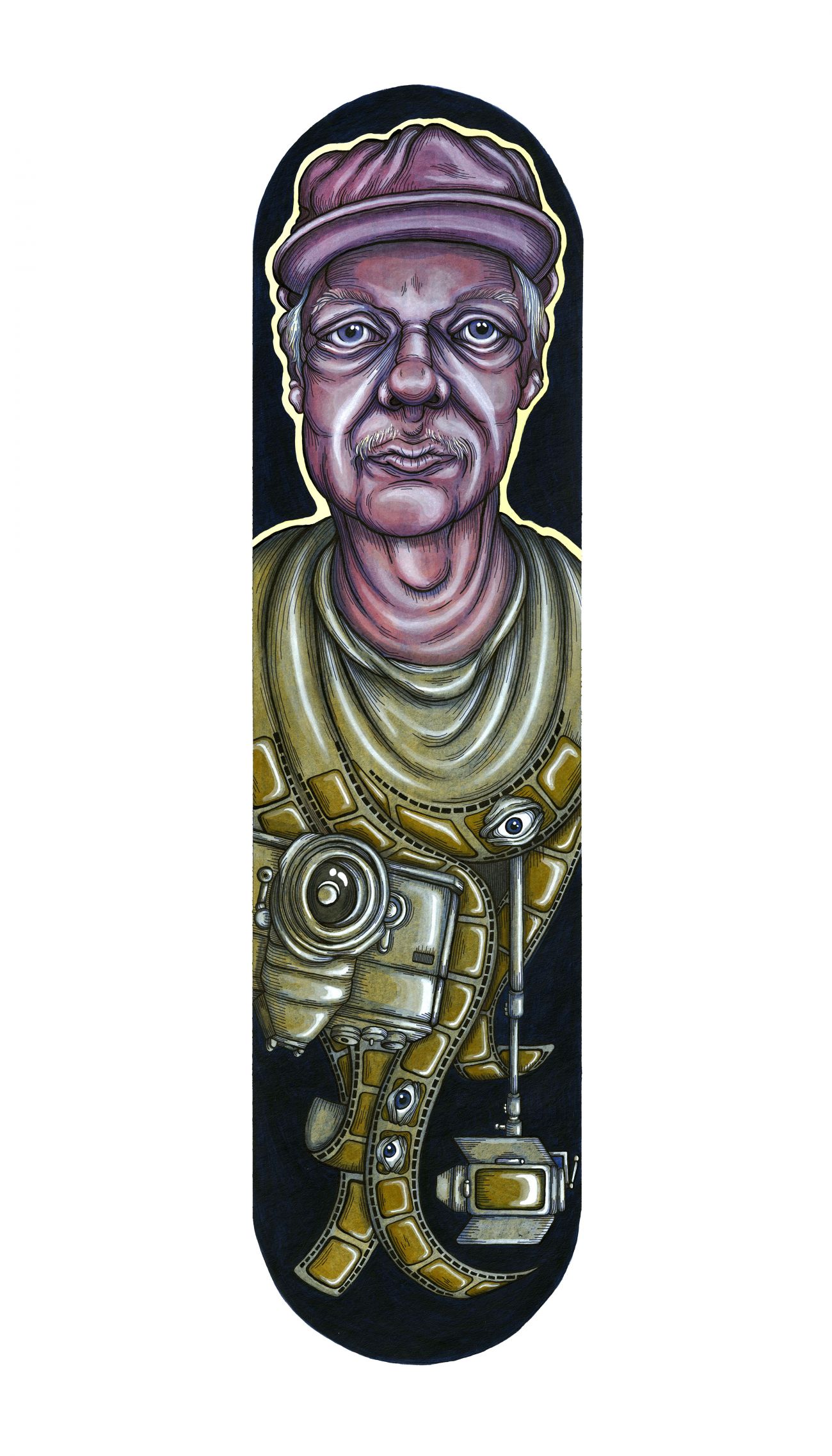 These skate decks reflect the strong sense of community that is found within the heart of the Portland skate scene. Each of these individuals have compelling backstories and I wanted symbolic tell their tales through my twisted style of illustrating. 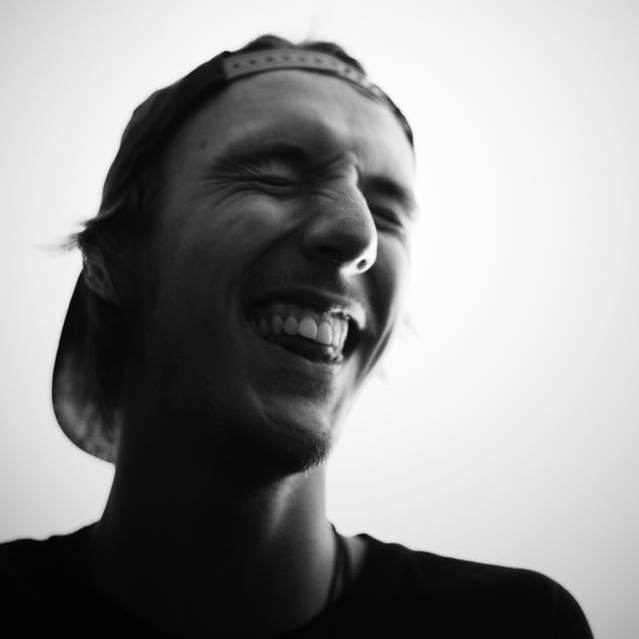 The action of skateboarding is process oriented in nature and is often considered more of an art form than a sport. Everyone approaches skateboarding differently with their own form, style, trick selection, and fashion. But with the trial of attempting a trick, much like drawing or painting, there is a repetitive action of trying over and over again until you get it right and make it look the way you want it to look.
The individuals who are captivated by this movement are the faces that make up my body of work. I want to show that the subculture of skateboarding brings together various personalities from all walks of life and to illustrate the stories behind each persona in a symbolic manner. My style reflects the attitudes of these characters that are projected through skate culture. The activity itself captures a grungy lifestyle and immerses itself in degenerate tendencies. I want to capture that punk aesthetic and use it as a platform for my own style to develop. I do this by harnessing things that give off an essence of gross appeal, which skate culture likes to represent itself with. Motifs like blood, puke, wrinkles, flesh, and organs will be seen plastering the oddly charming yet disgusting community that skateboarding is known for.
The dingy imagery used to represent these so called “street rats,” is a means to exalt the filth that these “menaces of society” are indulged in. The work I make isn’t intended to scare people away with the subjects I choose to depict, but more to glorify the oddball. The things that aren’t as socially acceptable in the broad scope of the media: people like skaters, punk rockers, rappers, hippies, degenerates, vandals, and all around whack jobs are the faces of my campaign. I want my viewers to know that being a weirdo who's interested in shabby grotesque icons can be visually intriguing, and be utilized in a commercial art setting.