Connect me with Chloe Darke 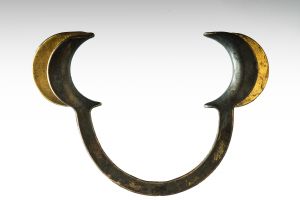 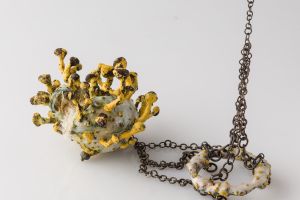 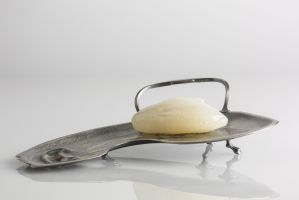 Implantation and drainage tray (with organ) 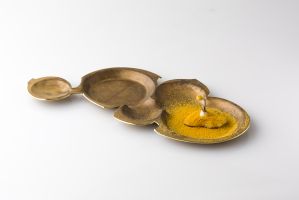 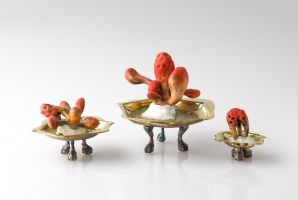 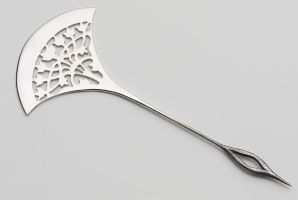 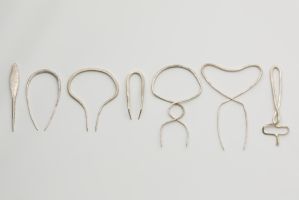 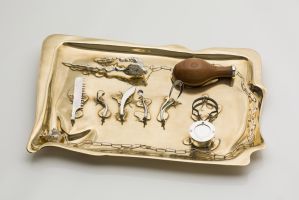 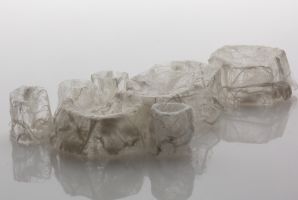 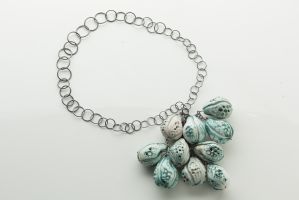 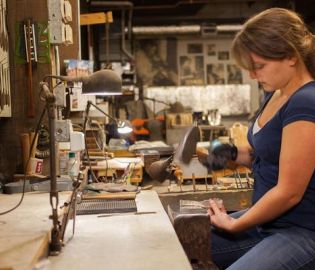 The division between fiction and reality can be a struggle to distinguish. From Cabinets of Curiosity that were meant to document natural and manmade wonders in the past to news reports based on urban legends that are easily circulated and promulgated in the internet age, people are fascinated by and at times easily duped into believing the authenticity of fictional narratives. While at times this willingness of others to accept the fictional is a source of frustration, the sense of wonder and doubt one feels when confronted with something that feels to be stranger than fiction can be amusing.

This body of work is centered on the Cordyceps fungus. In reality, this species infects and controls the minds of insects. The fungus then blossoms from the insect’s body, killing it. The sight is at once horrifying and beautiful. Here, a variation of Cordyceps that infects human hosts is under examination. These pieces reference an assortment of tools based on surgical and dental tools of the past, as well as groundbreaking medical technologies like stem cell organ transplants that will be utilized in people in the near future.

Chloe Darke is from Groveland, Massachusetts, where she received great support from her family, teachers, and peers to pursue her interest in art. Chloe received her Bachelor of Fine Arts with honors in Metalsmithing & Jewelry from Maine College of Art in May 2011. Shortly after graduation, she attended "The Metal Tea Infuser," a workshop taught by Tom Muir, at Haystack Mountain School of Crafts. This incredible experience reinforced her passion for craft and determination to make metalsmithing her career. Chloe was employed as a silversmith at Old Newbury Crafters in Amesbury, Massachusetts from October 2011 to August 2016. She and her coworkers are featured in an episode of the PBS television series Craft in America entitled "Forge." She is currently pursuing her Master of Fine Arts in Metals as a graduate student at the University of Wisconsin-Madison. Her work is currently on display in the Enamelist Society's 2017-2018 traveling exhibition "Alchemy4." In her spare time, Chloe enjoys reading, writing, singing, and dance, all of which feed her desire to create art.