Connect me with Peter Haller 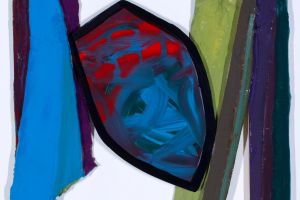 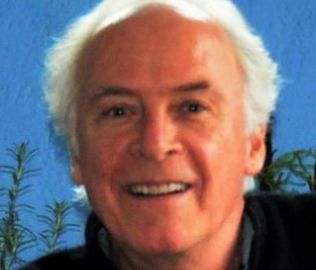 “As if for a moment, I have
agreed with the Universe”


Raising myself seemed completely normal. There’s was no question that something larger than myself was supporting me. Or, is that the Faith I stand on?

The tension rests in the primal, fierce, in and organic relationship between mortal self and the divine being of Truth and Faith.
I have just recently received certainty that I am welding together my transforming, uncertain and groundless man. So at the place I am today, I don’t make art, art makes me.

My essential divine energy is what fuels my process in the studio. It’s quite apparent by my interaction with my pieces, when that energy is free flowing and when it is not. Recognizing artistic expression as an element of my spirituality instantly unified the outer action of making and the inner flow that shapes the message

By “divine” I mean fundamental, not necessarily religiously inspired, although it can be. That connection between hand, eye and Soul directly feeds the freshness.

Through synchronicity of presence and the dance of physically making combinations for the overall composition, I eventually come to a place of rest, as if for a moment, I have agreed with the Universe.

If open and true in my process, the constructions will invite you into a space of communion, perhaps harmony, but if not, then at the very least a inner dialogue.

Maybe per chance some memory, delight or tension will come up for you. I hope so, because from there your mind can imagine your story and you will wonder what attracted you to this work in the beginning.

Peter Haller was born and raised in Detroit, Michigan, where he completed his elementary and secondary education, while growing up with two brothers and a sister.

His first experience of art instruction and studio practice took place at Western Michigan University in 1972-74, before landing in Biddeford, Maine on a summer vacation in August of 1975.

What transpired over the next seven years, while earning his BFA degree (1980, Painting) at the Portland School of Art and living in the Portland arts community, provided a formative creative force that have serendipitously come full circle with the opening of his studio this past spring in a historic mill in Biddeford.

Between these two bookends, Peter earned a Master’s of Science in Historic Preservation from the University of Vermont and held executive positions with three major urban preservation organizations in Connecticut, taking his roots as a house-painter in Portland during his undergrad years, forward to a fully developed professional role, combining history, architecture and public advocacy.

For 25 years, his practice of Tibetan Buddhism and sitting meditation has unfolded Mr. Haller’s spiritual being, which he holds as his true self, the recognition of which allows for endless compassion and loving-kindness. He has received refuge and bodhisattvas vows from esteemed teachers and continues his practice with the Shambala lineage here in the Arts District of downtown Portland.

In 1998, he received his teaching degree from the State of Connecticut and began a twenty- year career as an art teacher. During this tenure, Peter found great joy in the transmission of persistence, grit, skill, creativity to thousands of children in the elementary and middle grades. He often involved his classes with community public art and off-campus exhibits.

His two sons, 30 and 26 respectively, one a writer, the other a linguist, anchor his life as a father, the highest reward of all, from within which he has been blessed to guide the lives of two wonderful young men.

Peter’s presence as an alumni resident will be a pinnacle for re-establishing his roots in Maine and provide a platform for his considerable skills and vibrant energy to be shared with staff and students.