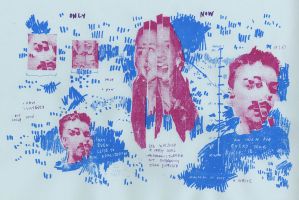 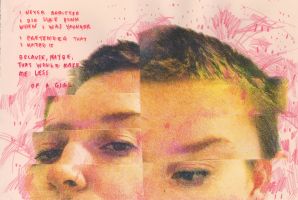 Less of a Girl 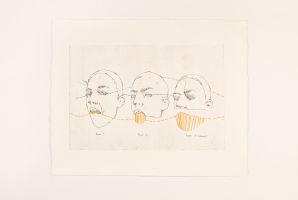 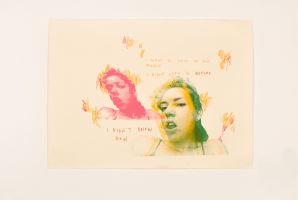 I Didn't Know How 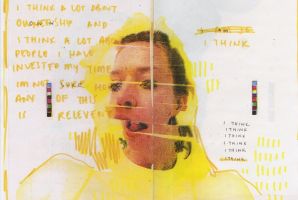 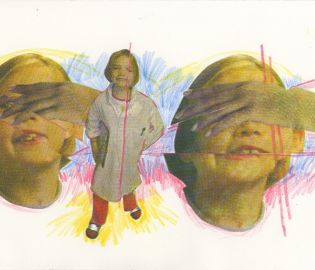 In this work I aim to confront the topic of gender and my own non-binary identity and experience. I have drawn from my own feelings, experiences, and photographs from childhood and my more recent experience. I utilize this as a means of working through feelings of invalidity in my own gender identity and the confusion I’ve felt all my life. However, unlike my past body of work, I aim for this work to be accessible to a larger audience, more specifically, for people who aren’t familiar with gender and non-binary and transgender identity. Being non-binary often feels invalid because there isn’t much of exposure of it outside of the LGBTQ community(or even inside of the LGBTQ community). I do however, want to make it clear that these are things from my research and my own experience and that I am not speaking for the entire queer community. This work will serve as a platform for me to educate others about gender through my own and others non-binary and trans experiences.

Jo Tatlock’s work is driven by their interest in printmaking, socially engaged art, and interest in queer identity and culture. Having grown up in rural Vermont, Jo was very sheltered from their sexuality and gender identity by the predominantly heteronormative culture. They began their journey as an out queer artist after moving to Portland, ME at age 18.

Jo and two of their printmaking colleagues (Marisa D’Andrea and Allison Neilan) co-founded the MECA Zine Club. Sparked by their shared love of zines, in the winter of 2016 they officially formed the collective called Zazufren. Jo has independently co-organized and curated two Zine Fairs in Portland, ME, in both 2016 and 2017, the most recent being part of a curated group show of the two collectives Zazufren and Future Mothers, called Collective Actions II in the ICA at MECA. Jo is currently living and working in Portland, ME. They are in their fourth year at Maine College of Art, majoring in Printmaking and minoring in Public Engagement.