Connect me with Deborah Santoro 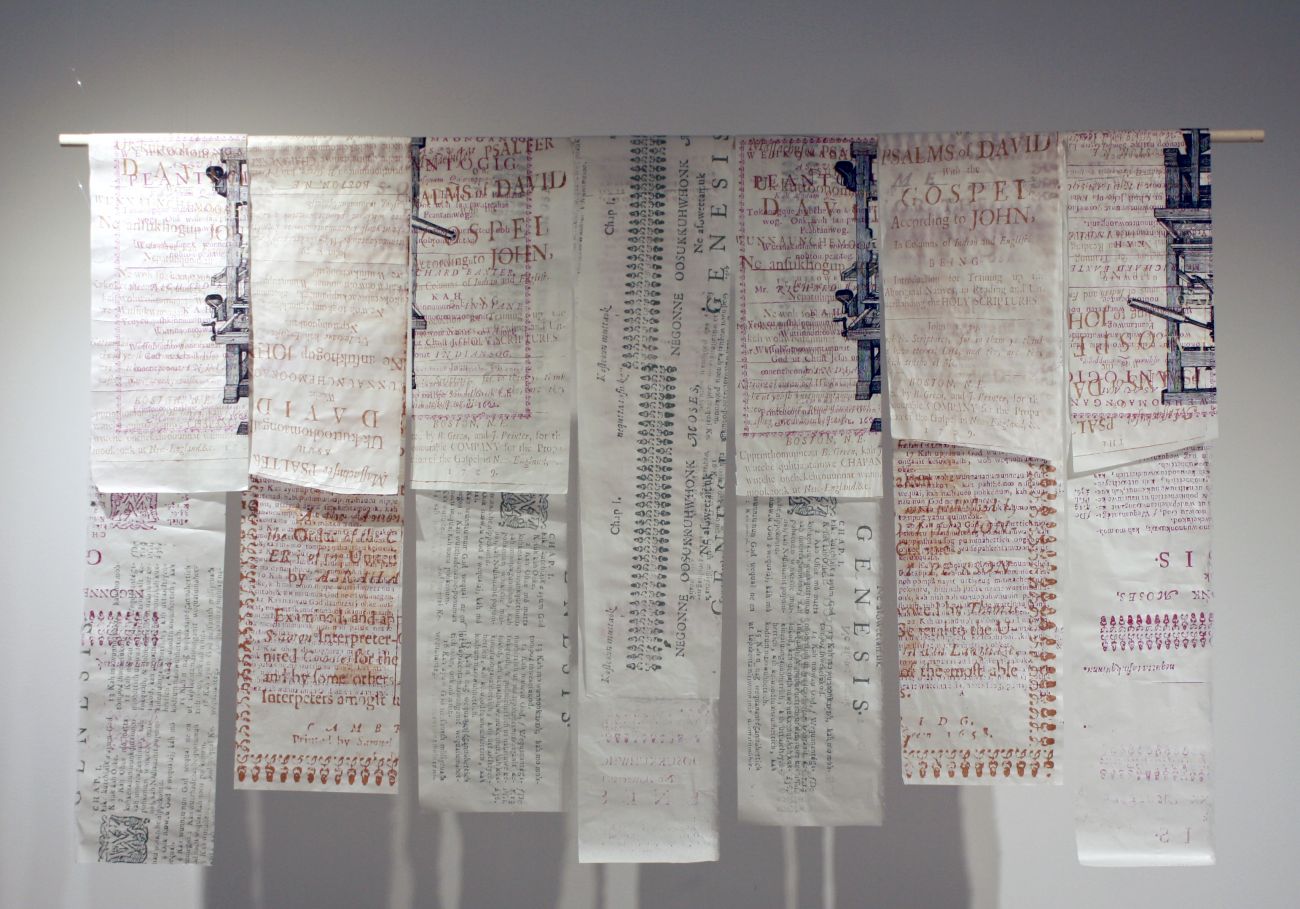 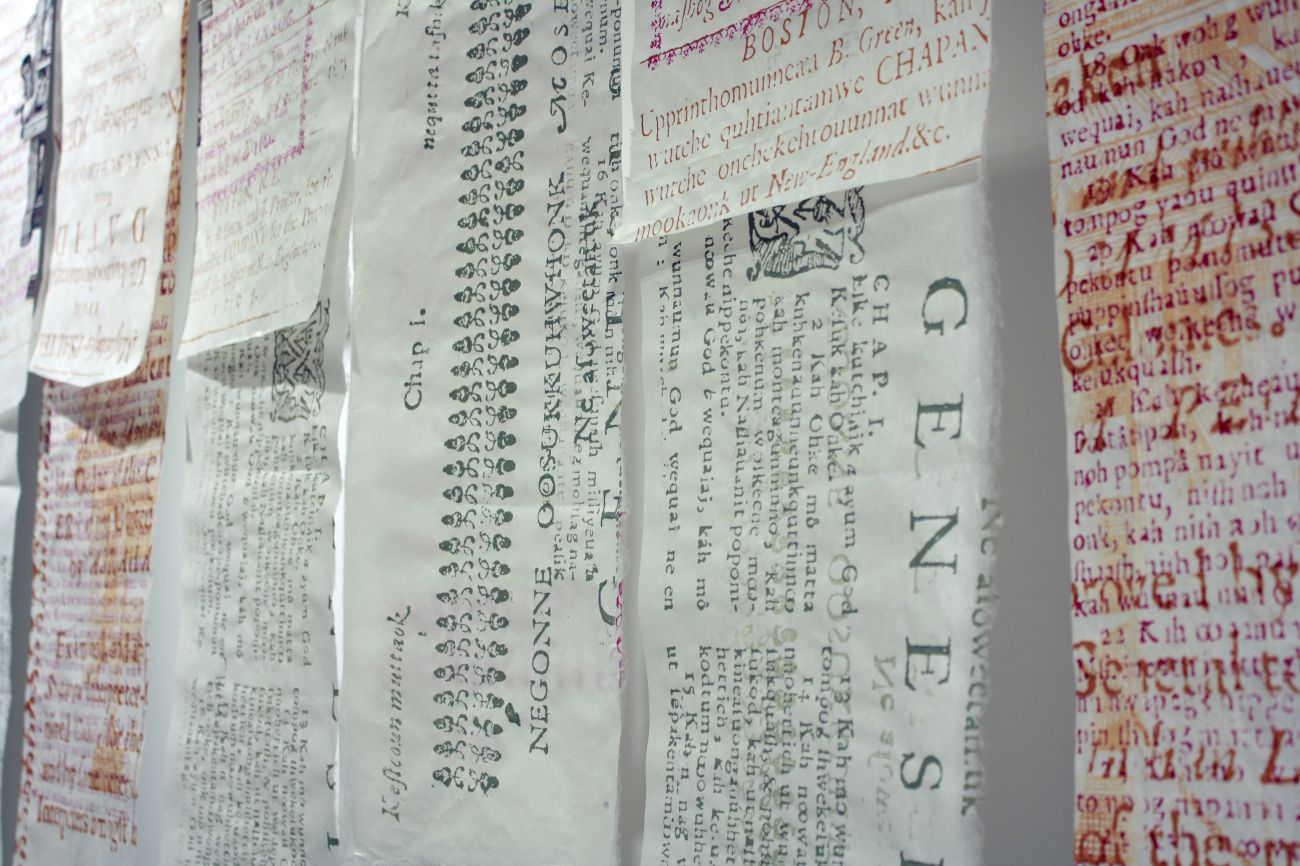 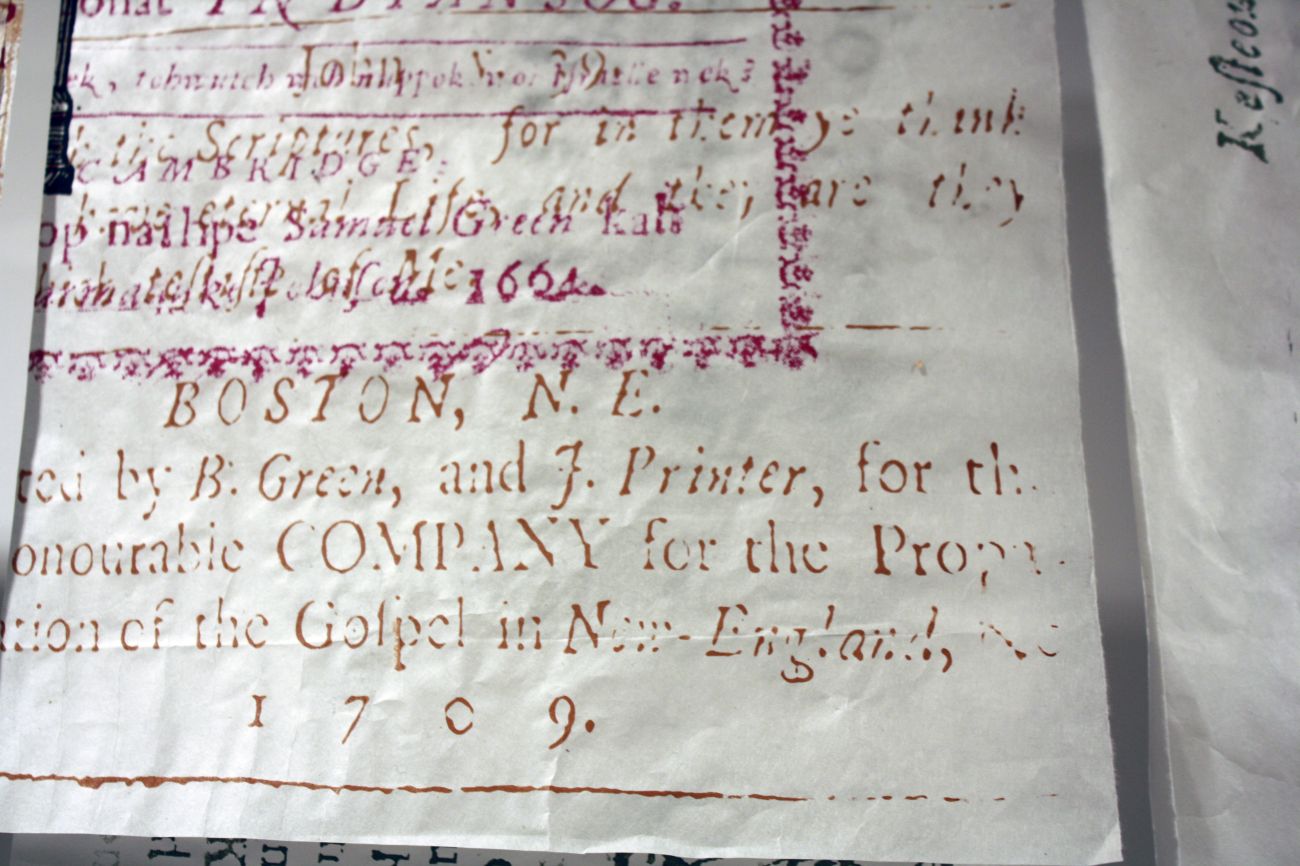 Printer's Devil, detail of a screenprint of a page from the Massachusetts Psalter, the only place where J. Printer is given credit in print for his work. Thanks to Lisa Brooks, author of Our Beloved Kin, for this information. 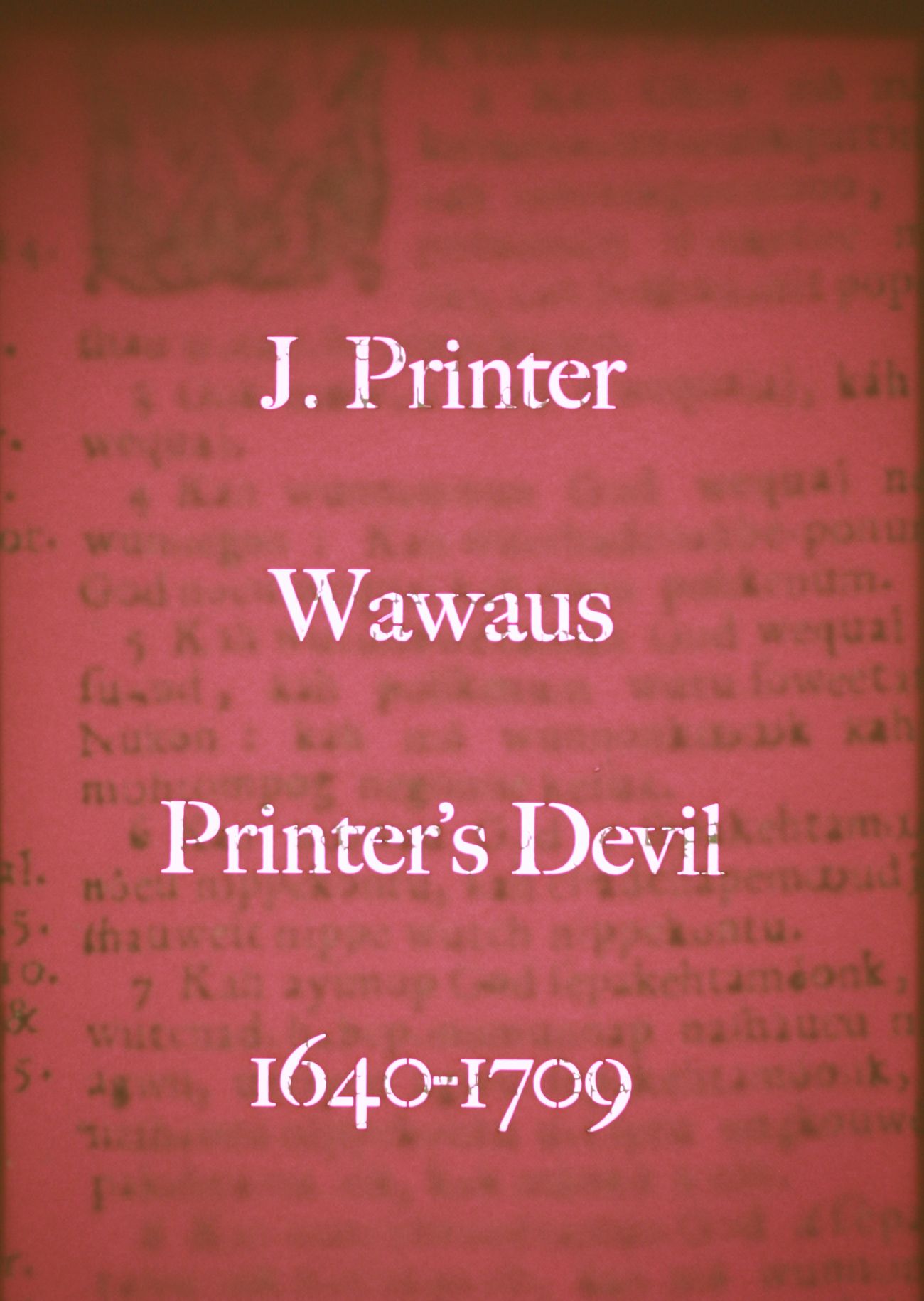 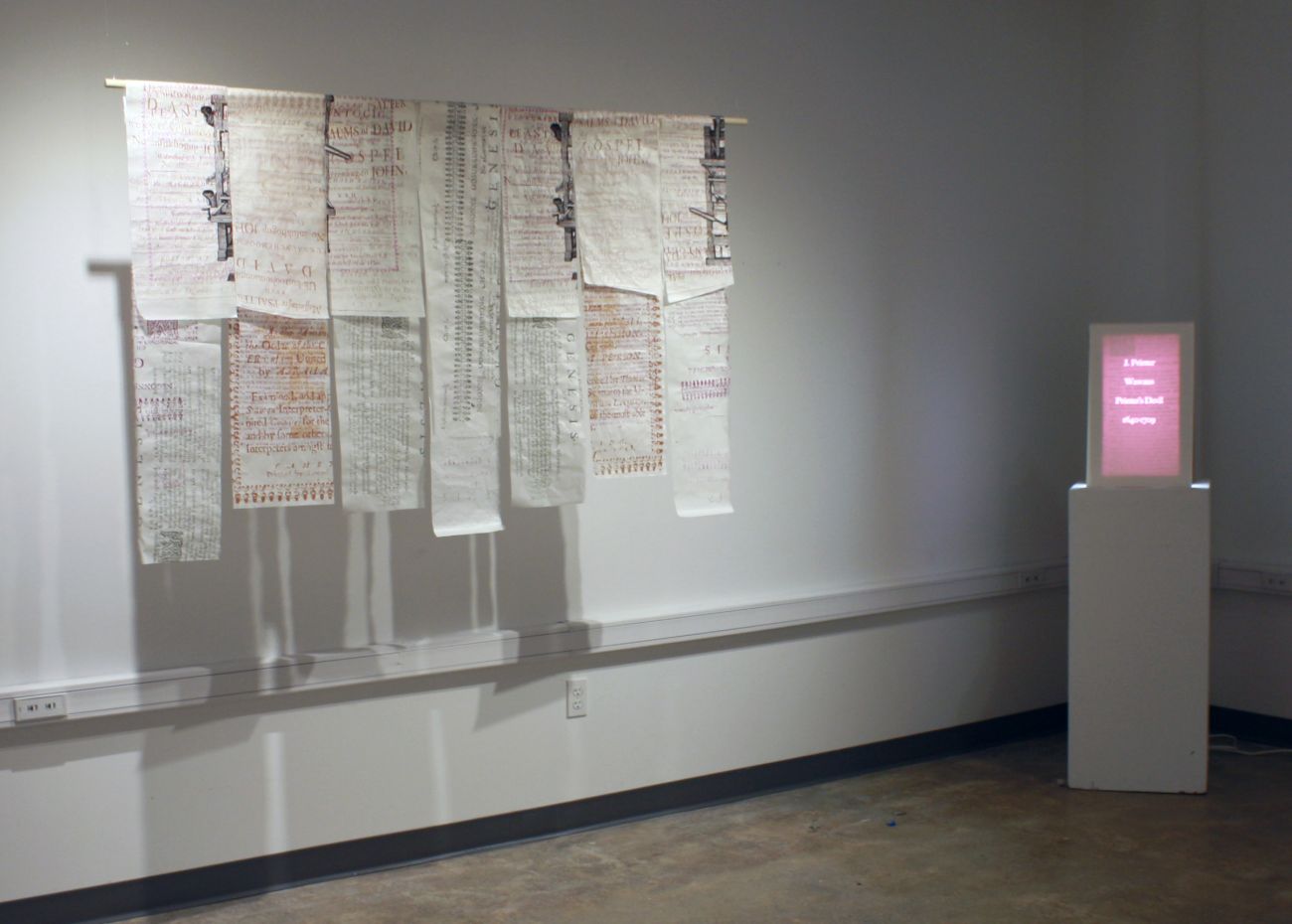 In the place currently known as New England, a place once known by other names, a Nipmuc man named Wawaus, also known as James Printer, attended the Harvard Indian College and worked as a printer's devil. My great-grandfather wrote a book about the press that he worked on, the first printing press in North America, and failed to mention the Native American labor that was used to translate the King James Bible into a dialect of the Algonquin language knows as Wopanaak, and to print it on that press. This work seeks to make some small reparation for that omission. The Wampanoag Bible has been used in more recent years as a source of reclamation for this lost language, to revitalize a people who have survived despite adversity, attempted genocide, and systemic racism. See the Wopanaak Language Reclamation Project for more information. https://www.wlrp.org/

Other Projects by Deborah Santoro 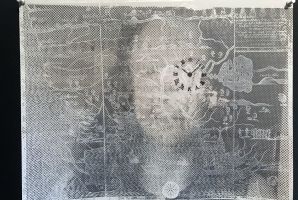 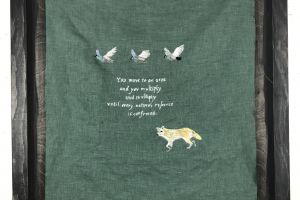 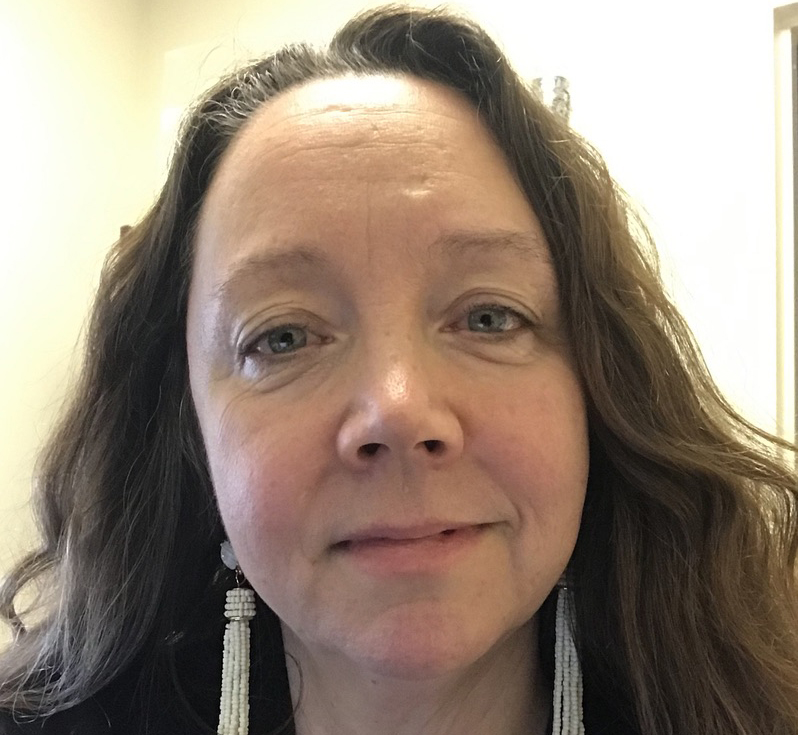 Deborah Santoro is a conceptual artist working with print, thread, science fiction and light to interrogate Colonial/Indigenous interactions and to investigate how 17th century Colonialist beliefs and ideas form the baseline for the current and upcoming environmental crisis and mass extinction events that speculative fiction writer William Gibson refers to as the 'Jackpot.'