the grace that beckons, the joy that kills

Connect me with Rachel Anne York

Forsaken means ?abandoned, deserted? - the Old English root meant ?renounce, refuse.? I see humans forsaking and deserting our relationship with the earth. In Cecil Sharp?s collection English Folk-Songs from the Southern Appalachians (published 1932), I found a song of romantic love which hyperbolically warns that when we give up on, or forsake, that which sustains us, environmental havoc ensues: The crow is black you know, my love It will surely turn to white If ever I forsaken you Bright day will turn to night Bright day will turn to night, my love And the elements will move If ever I forsaken you The seas shall rage and burn For me there is a profound analogy here between the significance of human relationships and our relationships with non-humans - all that sustains us. My piece the grace that beckons, the joy that kills uses this song, performance, sound, time, and architecture to explore themes of humans? emotional responses to the Climate Crisis. My research has in part been influenced by Timothy Morton?s writings on Eco Anxiety, which proposes that we have been unable to make the significant changes necessary to stop or even slow down the Climate Crisis, because we are traumatized by the losses and its enormity. He applies the term PTSD to feelings of guilt and anxiety about climate change. PTSD, guilt, anxiety, are all emotions that can leave us in a state of paralysis. I?ve yet to come across the term Eco Grief in my research, but I think it could succinctly speak to this problem. Grief needs acknowledgement, space, time, and support, for healing, acceptance and ultimately action to take place. I?m interested in the multi-generational inheritance of grief, and how the archive and oral tradition can illuminate that transference. My motivation for this piece is to speak to the process of healing, as well as the processes of tuning into surroundings in order to adapt. The piece began as a 20ft long graphic score drawn on tracing paper. Then I designed the performances to be site-responsive to the Portland Observatory, a signal tower in Portland, ME, built in 1807. I chose the site for its historic references to observation of trade and weather (our capitalist functionality dependant on weather and climate), the circularity of the ascension to the top, and panoramic views of a city surrounded by ocean and mountains. I?m interested in how performance and sound can accentuate the building?s presence and its physicality as memory and archive. The performance lasts 20 minutes, beginning at dusk emphasizing interstitial, transformative periods. The audience is allowed to move through the observatory at their own pace. There is a vocalist on each of the top four floors of the observatory, accompanied by different soundscapes played on stereo speakers. The soundscapes all contain a low drone which shifts by quarter tones four times over the course of the performance. Sounding over the drone, the soundscapes begin with cicadas on the 3rd floor, rain & thunder on the 4th, crows on the 5th; and ocean waves on the 6th, then one can leave the sound entirely to step out onto the observation deck for a panoramic view of the city and its surroundings. The vocalists wear red coverall work suits. They each sing the song repeatedly, isolated by their position on different floors. Slowly, they begin to fragment and rearrange the song?s phrases. When the drone makes the 3rd quarter tone shift, the vocalist at the top level (6th) descends to join the vocalist on the 5th level in song, as the sound of the waves follow them to the soundscape below. The two vocalists then descend together to join the vocalist on the 4th level, the waves and crows following. The trio sings together, then descends to the 3rd level, to finally form a vocal quartet, followed by the waves, crows, and rain. The vocalists stand close together, facing each other, and wait for the fourth and final quarter tone shift. They sing the song in its entirety twice, all together, bracing and holding each other's elbows, as the soundscapes and drone fade away.

Other Projects by Rachel Anne York 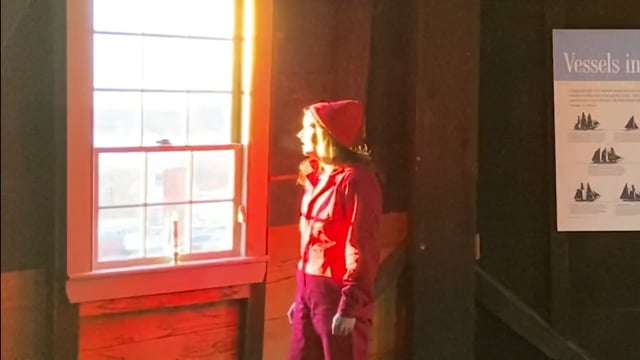 the grace that beckons, the joy that kills 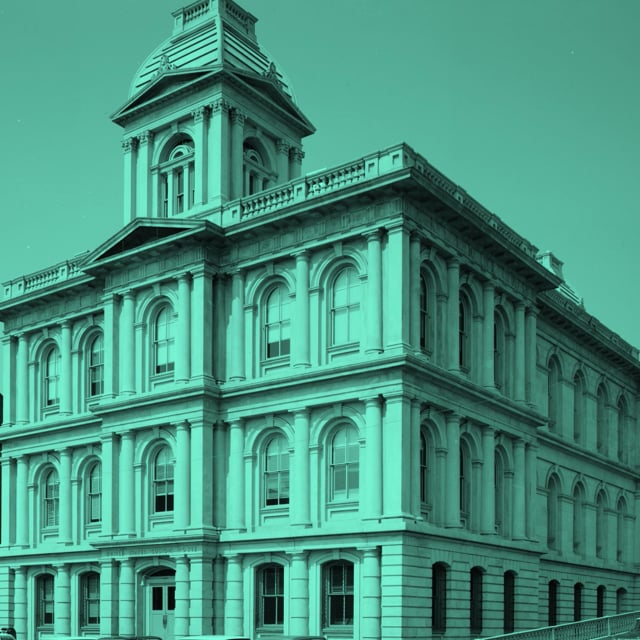 the sea in darkness calls 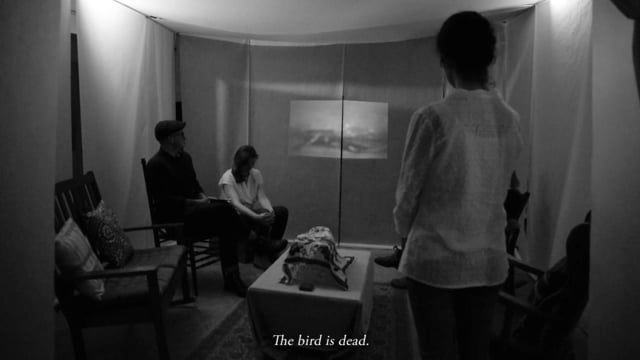 Water Cycles: The Story of the Vagrant Great Black Hawk 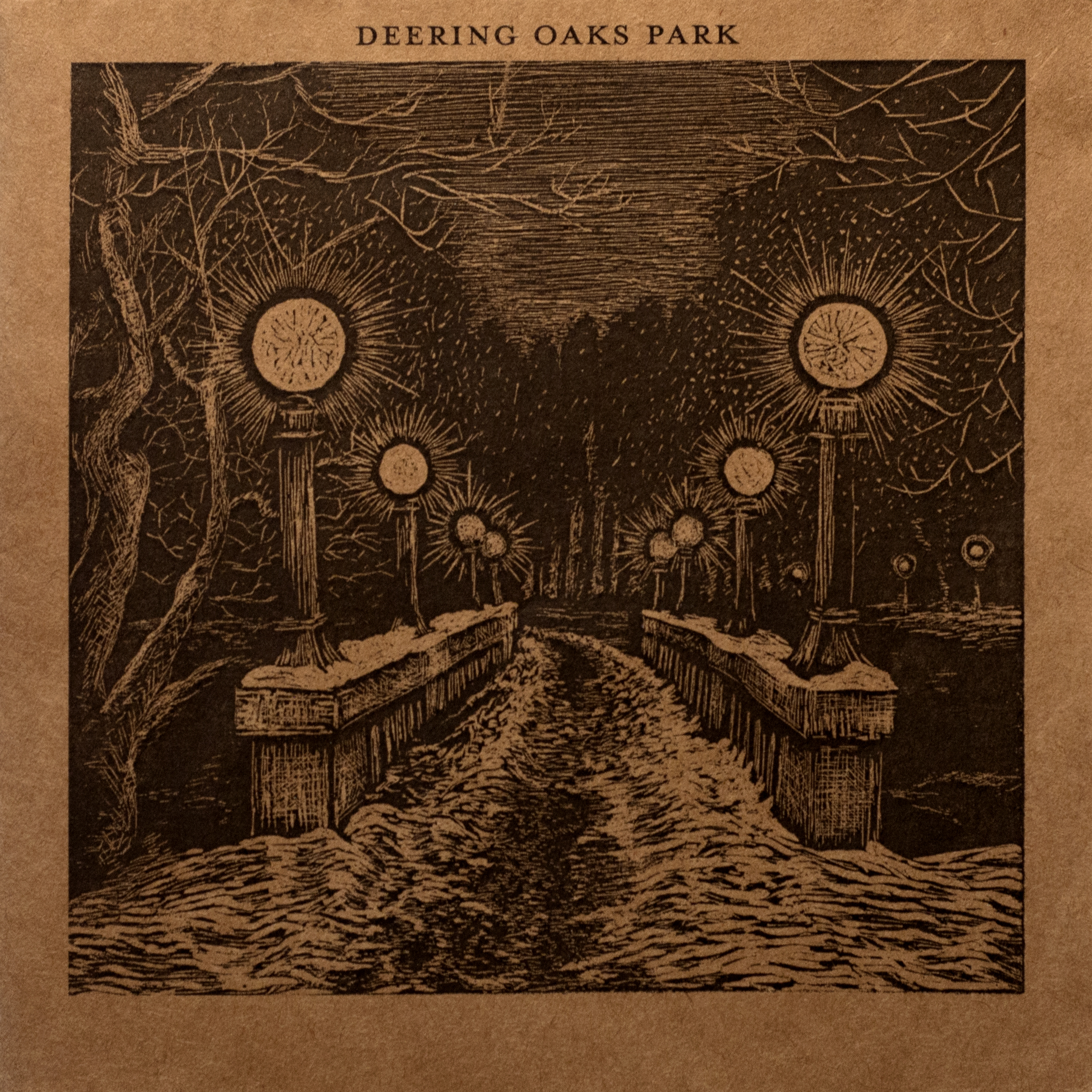 My work and practice center around perspective, awareness, place, community, and the climate crisis. I believe that humans are unable to adapt and react to these changing circumstances because we are stuck in unacknowledged grief and anxiety over the massive losses we are experiencing. Seeking to activate multiple levels of awareness, I use story, sound, music, architecture, archives, performance, and drawing to facilitate immersive, ephemeral, shared experiences. I am investigating human concepts of the non-human world, specifically through modes of storytelling and communal acts, and how the decline of such acts impact our concepts of nature. I believe the transference of oral tradition deriving from generations of collective memory is both disrupted and enabled by technological advances, and that there are both opportunity and loss in that tension.