You Are Some Kind of Magic

Connect me with Crystal Gale Phelps

In her video, "You're Some Kind of Magic" (2016), a female torso is closely cropped within the frame, the crotch of the body suit open, with one leg propped up, showing off sheer, black patterned, stockings. The arms of the woman enter from the top of the frame and prod between the legs, pulling out bright, primary colored nylon scarves- the type that are commonly used to juggle and as a part of an endless scarf magic trick. Six in total, that are tied to one another at the ends, are pulled out from between her legs. The performer then places both legs vertically and snaps the crotch of the nude body suit back together and performs a curtsy to the camera. The female magician's assistant has stepped into the role of magician herself, asserting power over her own identity and how her body functions onstage. This shifts the position of a body being controlled or overpowered, to a body that is autonomous.

Other Projects by Crystal Gale Phelps 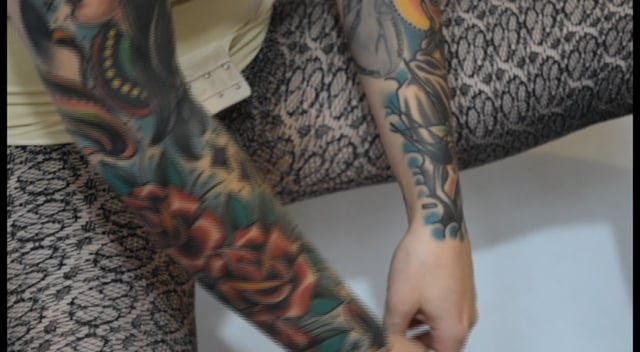 You Are Some Kind of Magic 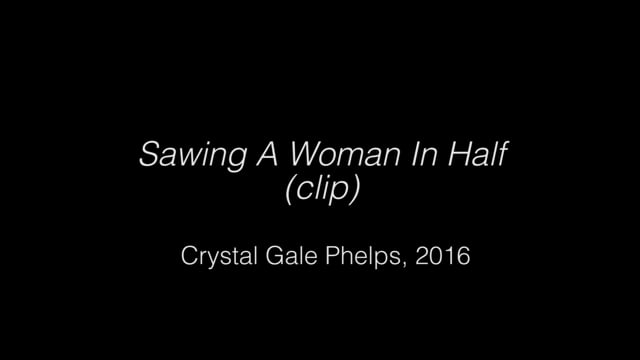 Sawing A Woman In Half 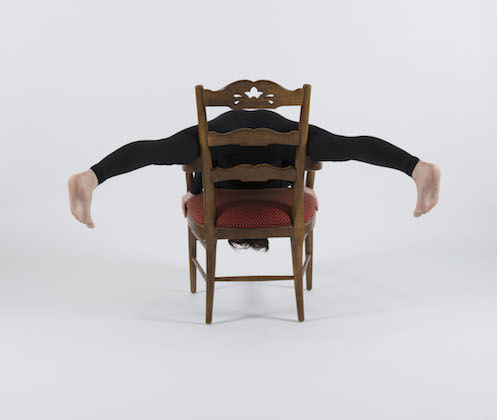 The work of Crystal Gale Phelps uses interdisciplinary approaches involving dance, sculpture, and drawing to construct eccentric and absurd relationships that open contradictory dialogues. The body as subject and object claims space to re-contextualize positions of power and the semiotics of identity. She challenges the assumptions of the history of Performance Art, dance, and contemporary circus arts and works along the edges of all three histories. Through circus inspired choreography and the use of prop like objects her work highlights the presence and absence of bodies in space and negotiates terrain that is fraught with the ghosts of embodied experience and muscle memory. For Phelps, this precarious space is where individual and social embodiment coalesce and where positions of power can be challenged and subverted.