A Rebus of Identical Selves

Connect me with Jenna Crowder 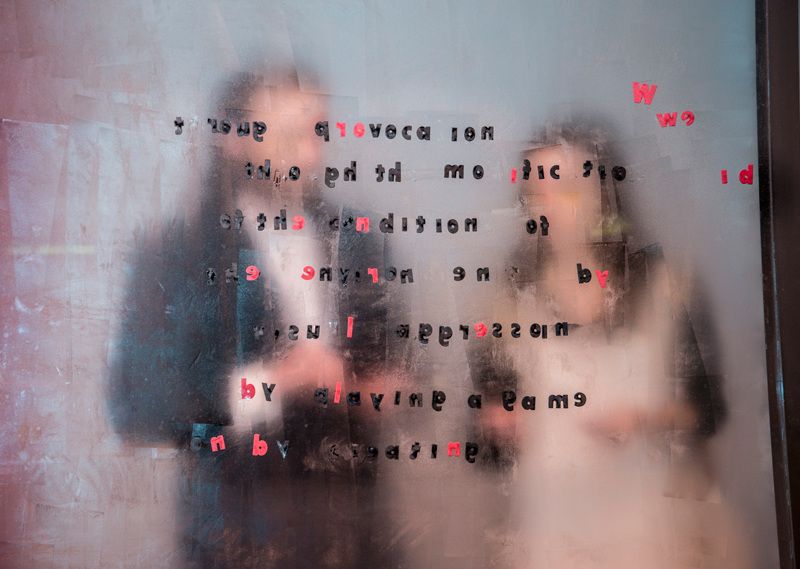 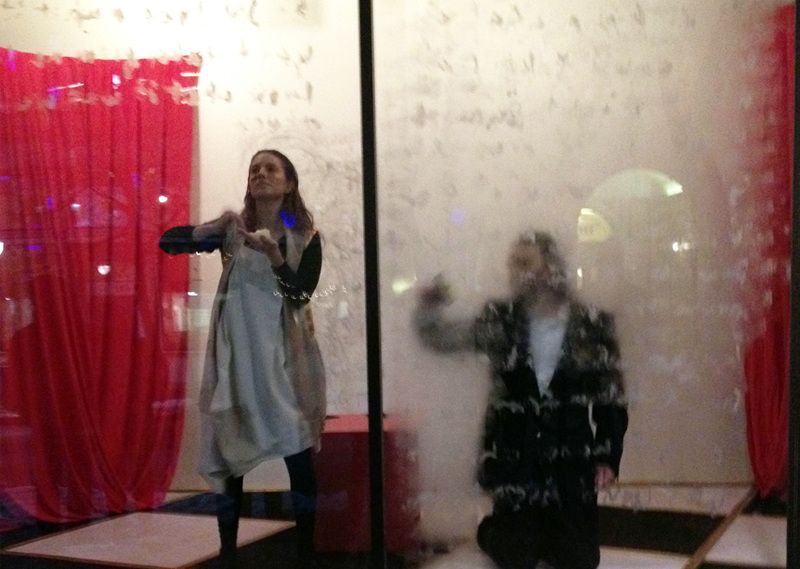 A Rebus of Identical Selves was a series of six weekly performance-based installations created and performed in the style of a play. The performance was created in collaboration with Douglas W. Milliken from January 20 though February 28, 2014 at the former Artists at Work Window at Maine College of Art in Portland, Maine. Every Monday at exactly 8pm, the performance would begin with a face-marking ritual and lasted for 15 to 30 minutes. The space would change each week according to a long-form narrative; at the end of each performance, the space would remain the same until the performance the following Monday. During the week, the installation would be on view paired with a soundtrack of mutated, tonal arguments played through transducers, thus creating a speaker out of the space itself.

The narrative, installation, and performances were influenced by literature, translation, printmaking processes, costume and mask traditions, and shamanism.

Jenna and Douglas gave a collaborative artist talk at Maine College of Art on Thursday, February 6, 2014 as an extension of the performance and functioning as a performative "works cited" list. The list, which was also a printed piece, is as follows:

Other Projects by Jenna Crowder 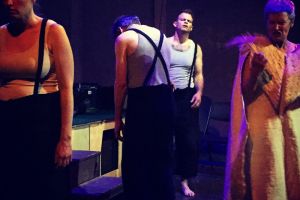 Persephone in the Late Anthropocene 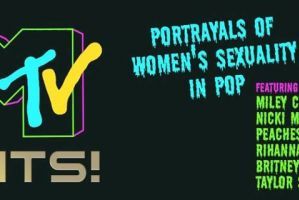 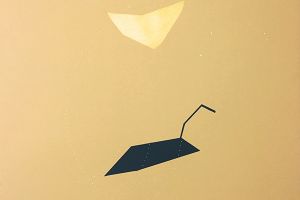 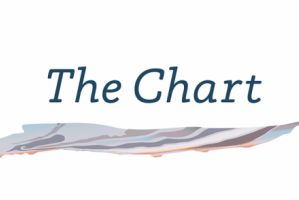 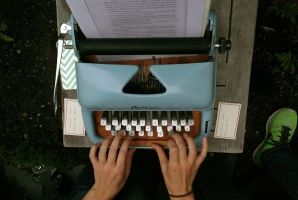 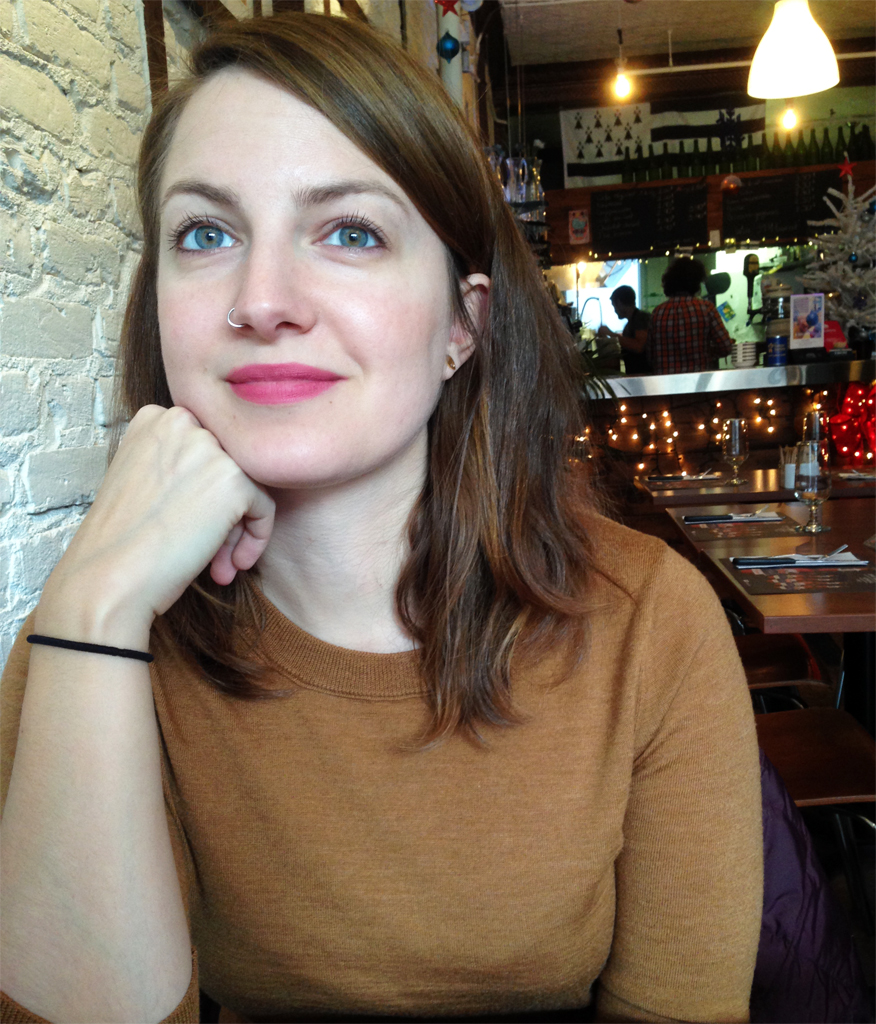 My practice is characterized by an investigation of language as a poetic space between desire and actualization. Trained as a sculptor and influenced by design principles, linguistics, and pop culture, I use typography, performance, and space to explore both the tactility of the written word as well as its cultural ramifications.